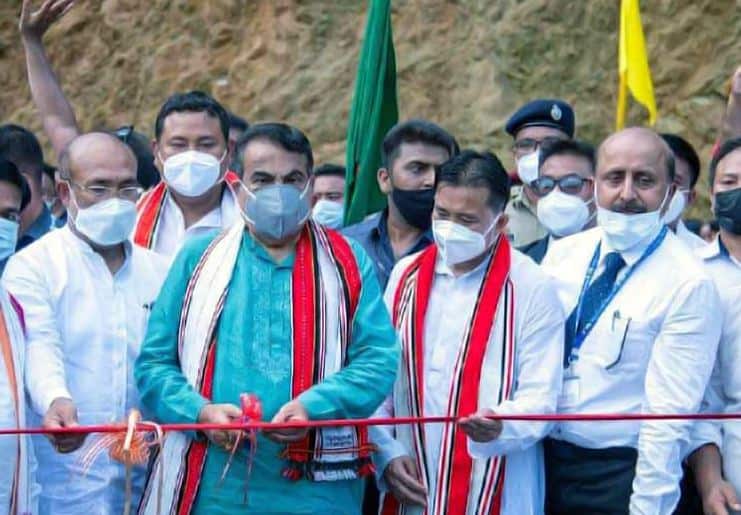 Imphal: On Monday, Union Minister Nitin Gadkari inaugurated and set the foundation stone for 16 national highway projects in Manipur with an investment of Rs 4,148 Cr covering a complete length of 298 kms.

As per the Ministry of Road Transport and Highways, the schemes will implement all-weather connectivity to Manipur with the rest of the nation, including the associated nearby country.

These highway projects will bring active farming, technical and socio-economic development in the region, besides promoting health care and emergency assistance to the most distant of the areas and creating employment and self-employment possibilities.

While inaugurating the schemes in Imphal Gadkari announced projects worth Rs 5000 crores have also been sanctioned for the state and the Detailed Project Reports (DPR) will be finished within six months and the work will begin in a year.

He also said that the expansion of highways in the state will be considered under the Bharatmala Phase ll.

“Prime Minister is giving highest priority to the northeast and road infrastructure will contribute in the development of Manipur and make it socially and economically strong,” he stated.

The minister stated that water, power, transport, and communication are the four most essential elements for the improvement of industry, for creating employment, and abolishing poverty.