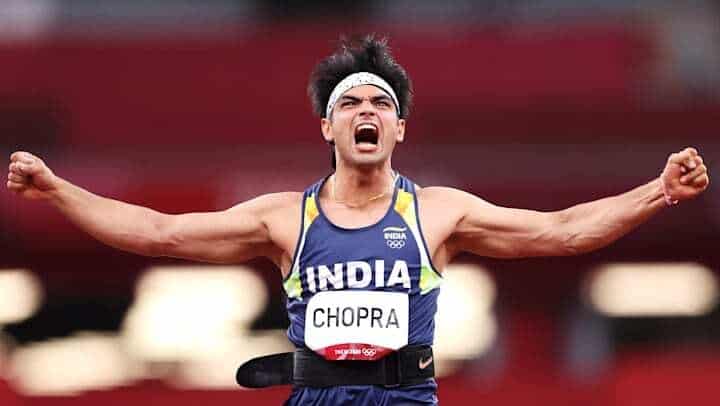 Neeraj, who earned gold in Men’s javelin throw at the Tokyo Olympics, ranked second with a score of 1315, after Germany’s Johannes Vetter with a score of 1396. While Poland’s Marcin Krukowski is in the third position, Czech Republic’s Jakub Vadlejch in fourth and Germany’s Julian Weber fifth complete the top five rankings.

The 23-year-old created history on August 7 at the Tokyo Olympics as e becomes the first athlete of India to win a gold in track and field in the Olympics. He threw the javelin to a distance of 87.58m to win the gold medal at Olympics.

Moreover, Chopra’s gold-winning achievement was one of the ten magical moments in athletes at the Tokyo Olympics by World Athletics.

In an interview with NDTV, Chopra said, “My focus was always on my game, if you do well in game sponsors and money will come automatically. I am planning to invest them in helping those who are in need. I can’t let success go to my head, I have to focused in my game.”

“Am honoured that I ended India’s search for medal in the Tokyo Olympics. In all sports we have participated, we did well this time.” added Chopra.