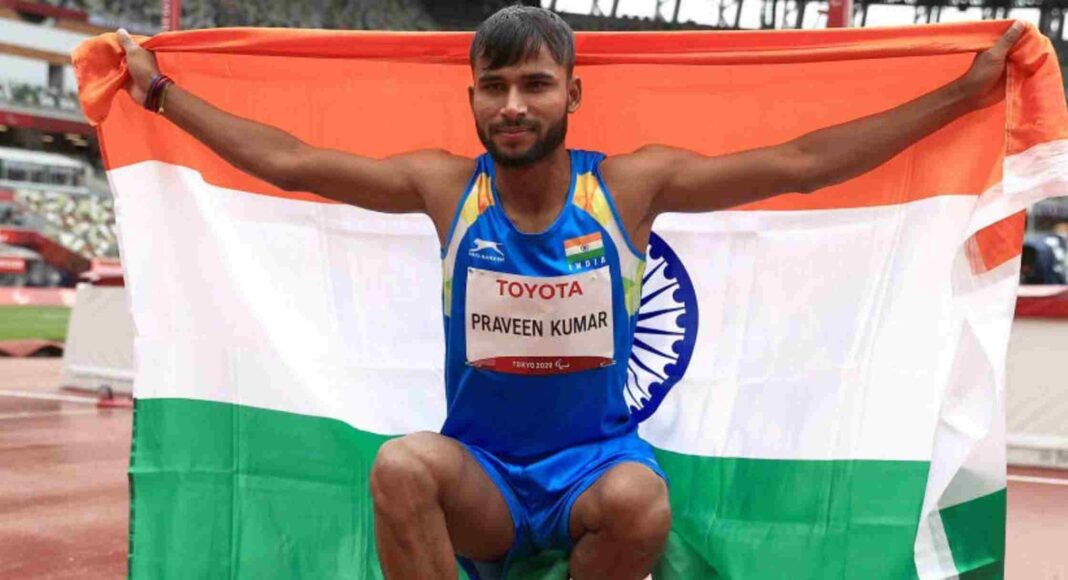 High jumper Praveen Kumar, who won a silver medal in Tokyo on Friday, had no prior experience of para-athletics and had to rely on Google for basic information on the sport. “I’d google up high jump videos on YouTube and try to learn from them. Nobody was willing to teach me. Later, I was told about coach Dr Satyapal during a district-level conference, and I saw him, and he agreed to train me, ” Praveen Kumar stated, who won silver in the Men’s High Jump T44 event at the Paralympic Games on Friday, expressing his gratitude.

Kumar talked about how he attempted volleyball but fell in love with the high jump when asked about his career so far. Kumar admitted that he didn’t think he’d get this far and be successful in para-athletics at first. “I used to play volleyball then discovered para-athletics and high jump in 2016. I learned the basics by watching YouTube videos. Coach Dr. Satyapal was introduced to me during a district-level athletics championship. In 2018, I met with him, and he confirmed my classification before agreeing to train me, “Kumar stated.

Kumar was a little nervous going for 1.97 metres in Tokyo on Friday. There was a light drizzle in the Olympic Stadium, and India’s top high jumper, Mariyappan Thangavelu, had missed out on the gold medal in the T63 final a few days ago in similar circumstances. Kumar had every cause to feel nervous and unsure of himself. However, as he jumped 1.97 and the bar was raised to 2.01m, which he comfortably cleared, Praveen says he felt secure in his chances because he was in the top three and guaranteed at least a bronze medal. With a lot of confidence, he headed for his next efforts.