Hailakandi: Youth staged a democratic protest to get his girlfriend back 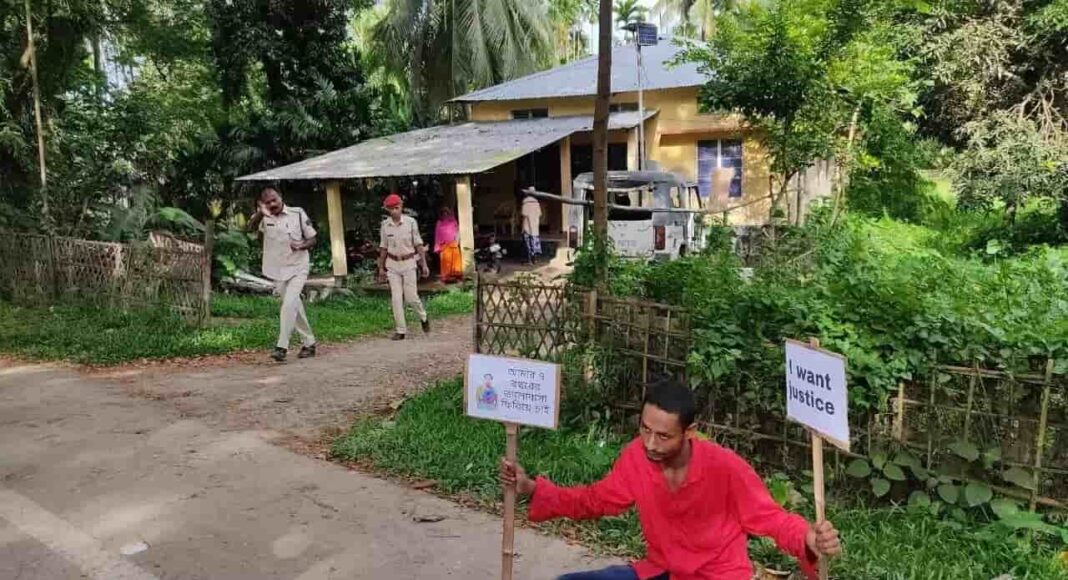 Hailakandi: In an unprecedented democratic protest, a boyfriend staged a protest in front of a police station demanding that his seven-year love return to him in Hailakandi.

Baharul Islam Mazumdar (30), a resident of Seralipur village staged a protest in front of Abdullahpur police station with play cards in hand demanding to return of his seven years old lady love.

Mazumdar who works in a private company at Bangaluru, come to Hailakandi after seven years to marry his lady love but to his utter surprise, he came to know that the girl’s, marriage has been fixed somewhere else.

Mazumdar claimed that the girl had promised to marry him and that he had given her Rs. 3 lakhs in order to fulfill her wishes.

Abdullahpur police outpost, In-charge, Nirmal Kumar Das, said, “Protest by the youth had created traffic jams on the inter-state national highway, however, we had stopped the dharna and sent him back home.