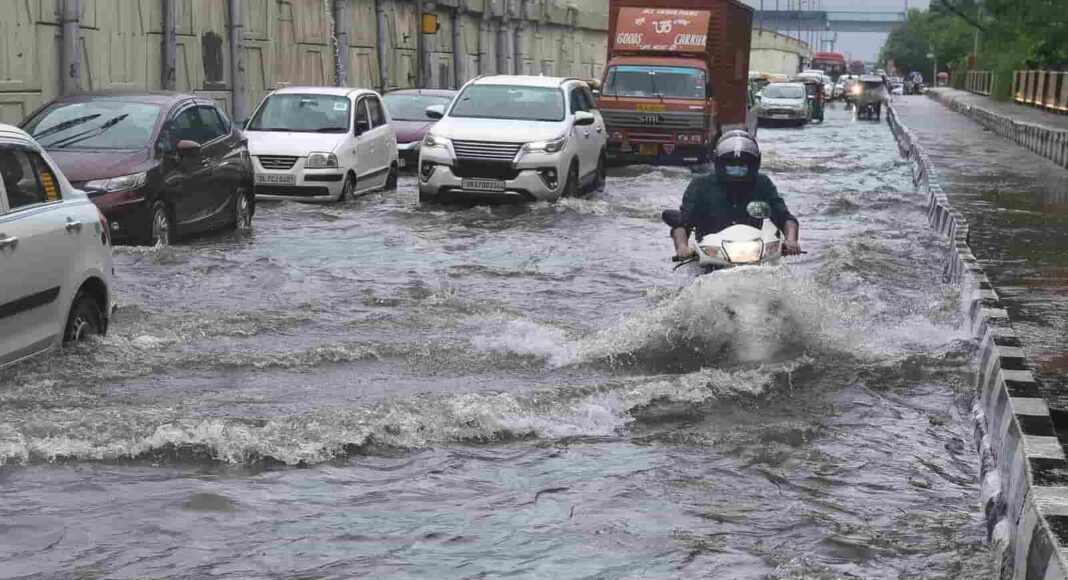 The heavy rainfall in Delhi resulted in waterlogging on crucial routes. Traffic snarls were reported as buses were stuck in areas like Moti Bagh, Rk Puram, Jorbagh and Madhu Vihar where roads were waterlogged due to hours-long rainfall.

Saturday’s rainfall was deemed as the highest rainfall in the last 11 years. This is the first time since 2010 that monsoon rainfall in Delhi breached the 1,000 mm mark.

On Friday, Delhi recorded a maximum temperature of 33.2 degree Celsius, one notch below the normal. The minimum temperature recorded at Safdarjung Observatory, which provides representative data for Delhi, was 25.1 degrees Celsius in the morning, considered normal for this time of the year, it said.