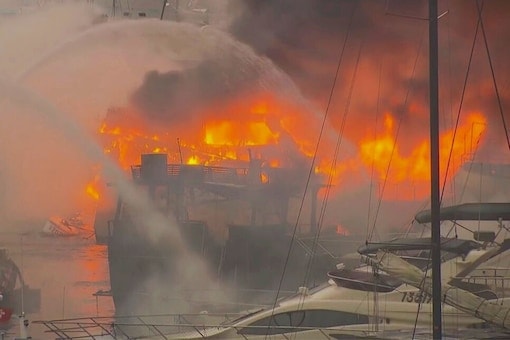 A fire swept through a marina in Hong Kong on Sunday, erupted fuel tanks as it passed along a line of closely moored cabin cruisers which resulted in 10 sinking before firefighters extinguished the blaze.

Authorities in the Asian financial hub said more than 16 vessels were set on fire, including the 10 which sank, but fortunately, there were no serious casualties.

The fire at the shelter began around 2.30 am (1830 GMT Saturday) and took firefighters more than six hours to put out.

Fuel tanks could be heard exploding as thick smoke fill out skyward, covering the marina and neighboring tower blocks.