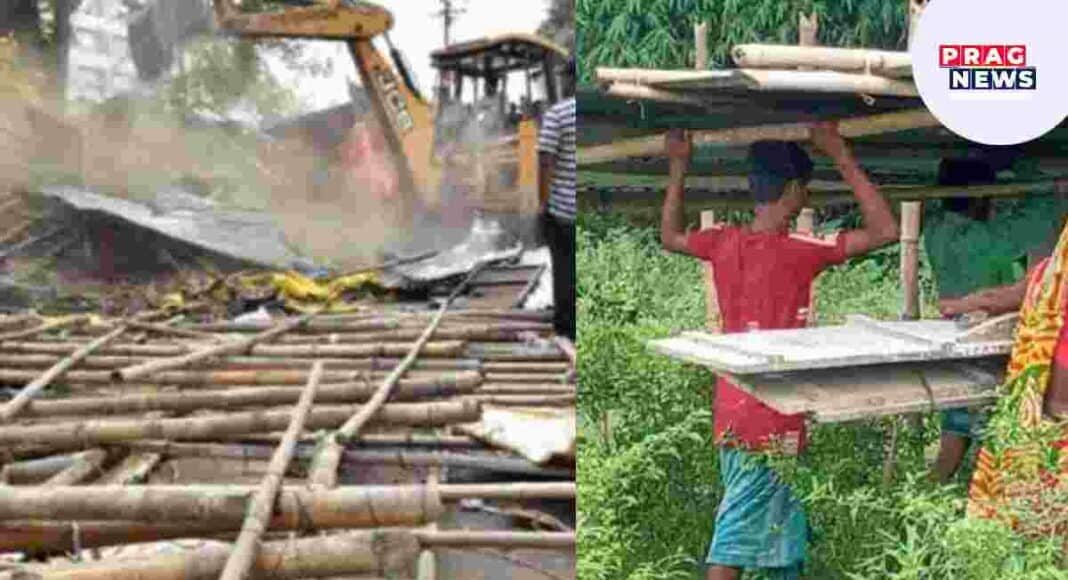 Sipajhar: On September 23, the Sipajhar district administration conducted an eviction drive at Dholpur village, which later turned into a violent protest.

Our source quoted, the encroachers tried to hold back the police personnel by igniting their own houses made of straw; they also pelted stone and attacked the police with blunt weapons.

In response to self-defense, the police shot live rounds in the air to disperse the protestors and later resorted to tear gas and rubber bullet, but it didn’t deter them.

Later, to save their lives, the police fired at the protestors.

The incident took the lives of 3 civilians, identified as Saddam Hussain and Sheikh Farid, while the other remains unidentified.

Meanwhile, atleast nine injured policemen were under treatment at GMCH.

Our sources quoted that Munir Ahmed is in critical condition.

Nevertheless, the entire district of Darrang is in a tense situation after the incident. Many organizations condemned the eviction drive carried out by the government. On Thursday, all Assam Minority Students’ Union (AAMSU) called for a 12-hour bandh in the Darrang district.

The evicted people asserted that as they are legal citizens of the country, the government can’t evict them without proper settlement.

Share
Facebook
Twitter
WhatsApp
Previous articleEvictions will continue; will not allow encroachers to take over government land: CM Sarma
Next articleFIR lodged against Kapil’s show for showing actors drinking alcohol inside a courtroom