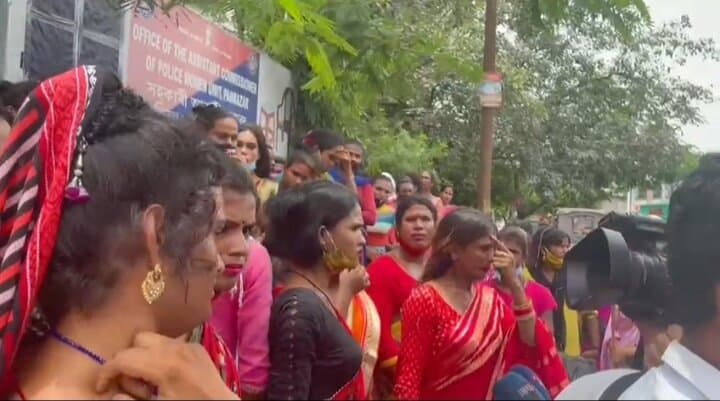 Guwahati: A huge racket of transgender people have been reported in Guwahati after Tran’s activist and advocate Swati Bidhan Baruah filed an FIR in Panbazar Women Police Station on Tuesday.

As per the official report boys belonging to the financially weaker sections were taken to Delhi for surgery where their genital organs are cut off and the youth were transformed into transgender. After the surgery, they were sent to Assam and are spread into the markets of Assam for begging purposes.

Advocate Swati Bidhan Baruah claimed that an individual named Pinki is responsible for the whole transgender racket in Assam.

The Panbazar women police station officials have arrested six transgender involved in the racket as per the source.

Meanwhile, the ‘Kinnar’ (Inter-sex) community of Guwahati staged a protest in front of the Office of the Assistant Commissioner of Police Women Unit, Panbazar in connection with the case.