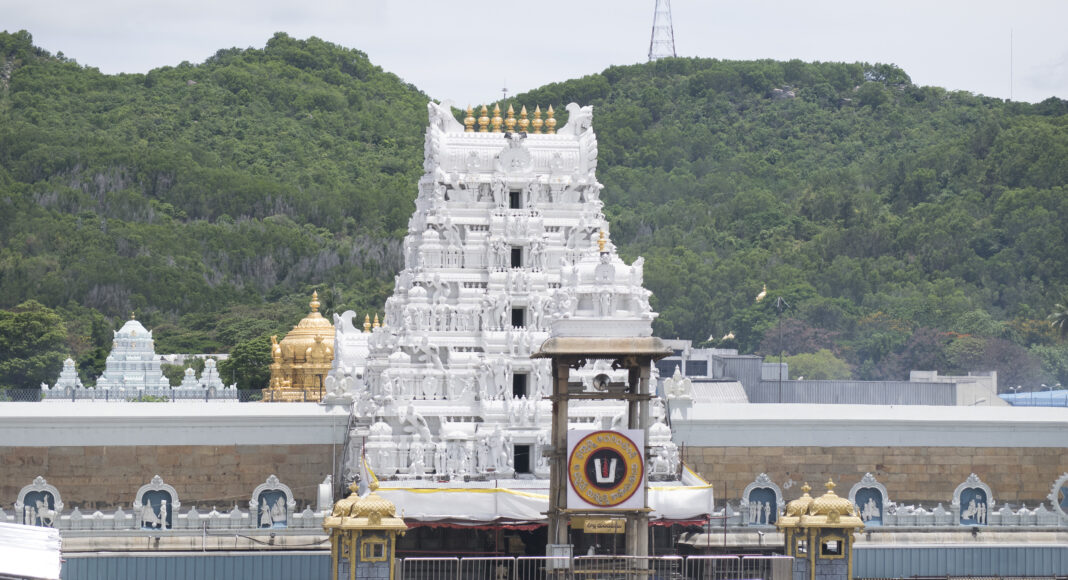 A Hyderabad-based businessman offered a sword that cost ₹1 crore to Lord Venkateswara at the Tirumala Tirupati Balaji Temple in Andhra Pradesh on Monday. The sword weighs about 5kg, and constitutes two kg of gold and three kg of silver, the report added citing an official of the temple. The sword was made by specialist jewellers from Tamil Nadu’s Coimbatore and took nearly six months to get ready.

The businessman, along with his wife, reportedly handed over the sword to the temple officials on Monday. However, they exhibited the sword in front of the media at the Collective Guest House in Tirumala on Sunday. The man, who is a devotee of Lord Venkateswara, reportedly planned to offer the sword last year itself, but the plan was ruined owing to the ongoing coronavirus crisis.

This is not the first time such an expensive gold sword has been offered to Lord Venkateswara. In 2018, a noted textile trader and a devotee from Tamil Nadu’s Teni, Thanga Dorai, had offered a similar sword to the temple officials. The gold sword reportedly comprised an estimated six kg of gold and was worth ₹1.75 crores.