“I want my son to look like Hrithik Roshan” Kristen Stewart 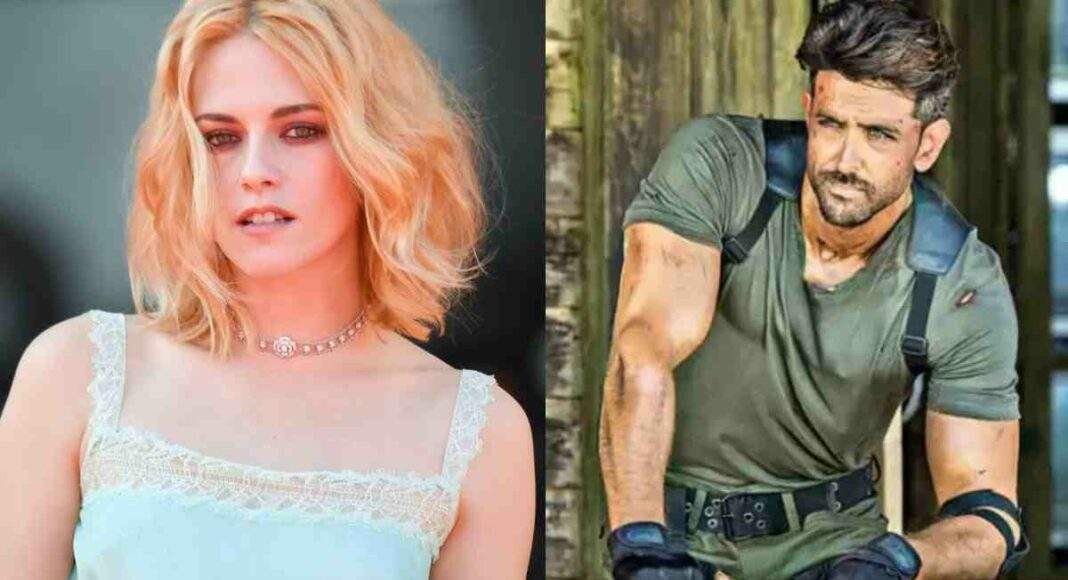 Digital Desk: Actor Hrithik Roshan has tons of fans, including a few celebrities. Everyone has proclaimed their love for him, from Deepika Padukone to Ranveer Singh to Taapsee Pannu, but did you know that Hollywood diva Kristen Stewart was also enamoured by his amazing looks?

Kristen and Hrithik were reportedly being considered for Shekhar Kapur’s passion project, Paani, back in 2012. The star was questioned about Hrithik in an interview prior to the release of her final Twilight franchise film, Breaking Dawn Part 2 when she lavished him with praises and large comments on his amazing looks.

Also Read: Recover from flu and build immunity with these sample diets

“In fact, if I have a boy, I would want him to look like Hrithik Roshan, but with Rob’s (her then-boyfriend Robert Pattinson) eyes,” she added.

When Hrithik got the news, he stated that it made him pleased and that it made him feel better on a particularly tough day for him. “It was a stressful day when I read this compliment, and it kind of brightened my mood and day; it was a very warm way to compliment someone. I felt a lot of warmth,” he told NDTV in an interview in 2013.

However, he did not confirm being part of any project with her. “No, I haven’t met her and there were talks of some projects in the past but nothing official yet.”

On the work front, the look for Hrithik’s forthcoming flick Vikram Vedha was revealed today, January 10. The film is directed by the director combo Pushkar-Gayathri and is an action thriller. R Madhavan, Vijay Sethupathi, Shraddha Srinath, Kathir, and Varalaxmi Sarathkumar had significant roles in the Tamil remake.

The old folktale Baital Pachisi inspired the storey of Vikram Vedha. Vikram, a police inspector, sets out on a quest to assassinate the mobster Vedha. He confesses to the cop and tells him anecdotes that shift his perspective on good and evil.

Sidharth Malhotra turns 37: Check the list of his upcoming movies