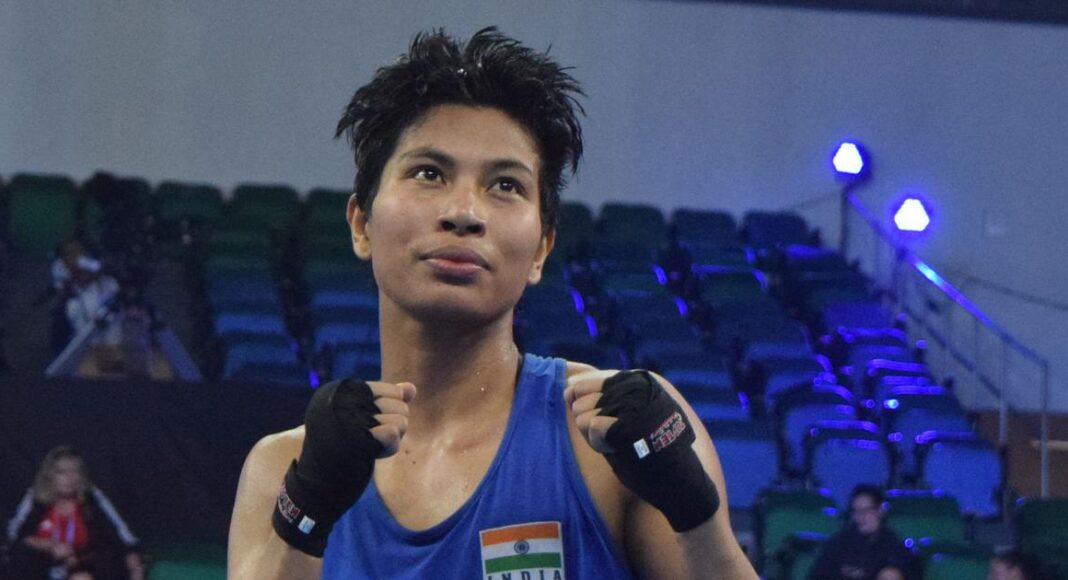 After securing the second medal for India at the Tokyo Olympics on Friday, boxer Lovlina Borgohain has set her sights on gold.

The 23-year-old Indian boxer, in a virtual press conference, said that she “is not going to stop here” and will be shooting for the top prize in the women’s welterweight category.

When asked about what medal she wants to return home with from the Japanese capital, Lovlina said, “there is only one medal and that is gold, which is what we compete for.”

Speaking about her plans for the semi-final bout, the Olympic debutant from India said, “I am not thinking about anything right now. Don’t want to stop here, want to win gold”.

Lovlina was up against Nien-Chin Chen in her quarterfinal bout. She had lost to the Chinese Taipei boxer in her previous four meetings but the Indian produced a fine display and got the win to assure herself at least a bronze medal at the Tokyo Games.

When asked about her strategy going into a match against an opponent who had defeated her four times, Lovlina said she didn’t think of any strategy and just boxed freely.

“I had lost to her four-time earlier, all I wanted to do was prove a point to myself by being fearless against her. I was just looking for revenge,” she said with a wide grin in an online media interaction,” Lovlina said.

“I enjoyed myself in this bout, played freely. There was no strategy, no plan. I knew her from before, the plan wasn’t even needed,” she added.

“In today’s bout the key was that I didn’t take any pressure, it would have been counter-productive. I only tried to give my 100 per cent.”

The 23-year-old had defeated Germany’s Nadine Apetz in her Round of 16 bouts on Tuesday. She won the hard-fought bout via a split decision 3:2.

Lovlina will now face the top-seeded boxer from Turkey Busenaz Surmeneli on August 4. A win in the semi-final will make her the most successful Indian boxer at the Olympics.

In 2008, Vijender Singh had won the country’s first medal in boxing with a bronze in Beijing while Mary Kom clinched bronze in the next Olympic Games at London in 2012.