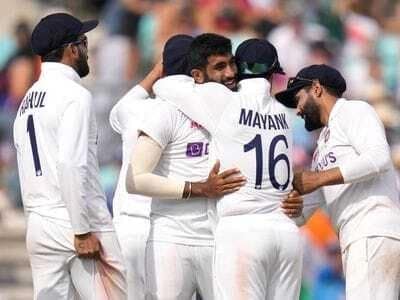 London: A spectacular show by Rohit-starrer team India uprooting England on the final day at The Oval as the host went down fighting to survive their ruthless opponents.

India gave its best performances, and win the match by 157 runs at The Oval in London on Monday. Umesh Yadav (3/60), Jasprit Bumrah (2/27), Ravindra Jadeja (2/50), and Shardul Thakur (2/22) played the starring roles with the ball in the final innings to help India defend 368 by bowling England out for 210 inside 3 sessions.

England’s collapse meant India just needed two wickets in the final session to take a crucial lead in the series going into the fifth and final Test match in Manchester. The fifth Test match starts on September 10.