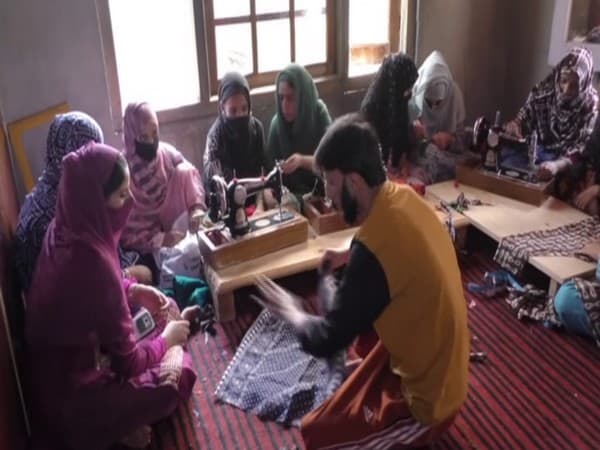 Baramulla: As an initiative towards ‘Azadi Ka Amrit Mohatsav,’ the Indian Army built a women empowerment center in Bernate village along the Line of Control (LOC) in the Baramulla region of North Kashmir.

The Army has led the force to empower women in outlying settlements. The center has set up tailoring and cutting classes to implement vocational education to women. Approximately 30-40 girls have enrolled themselves at the empowerment center for the lessons till now.

A trainer, Sariya Begum, said media that more than ten girls are proficient in tailoring and can instruct others.

“Through this action, these girls are learning and want to be self-sufficient. I am thankful to the Army that they have given attention to our community. There are more than 10 girls who are capable and can instruct others. We all are thankful and are hoping the Indian Army will continue to empower us,” Begum stated.

The Indian Army has granted ten sewing instruments besides other equipment. The center’s principal mission is to present employment possibilities to the women who belong to remote regions.

The Sarpanch of Bernate Village, Wali Mohd Mir, honored the initiative and stated this would encourage women to become independent.

“All the women in the village were jobless. Previously, there was no means for them however the initiative begun by the Indian Army served numerous girls to become proficient. If this practice advances in each district and village, it will assist in solving the unemployment issue,” Mir appended.

Another trainer from the center, Nasreen Bhat, acknowledged the Indian Army for offering the initiative to mold the future of the women in the Baramulla district.

“The Indian Army is doing a lot for us. We don’t want to restrict this work here only but will additionally do business digitally. I want to convey a word to other girls as well, kindly come here and accquire traning”, she said.