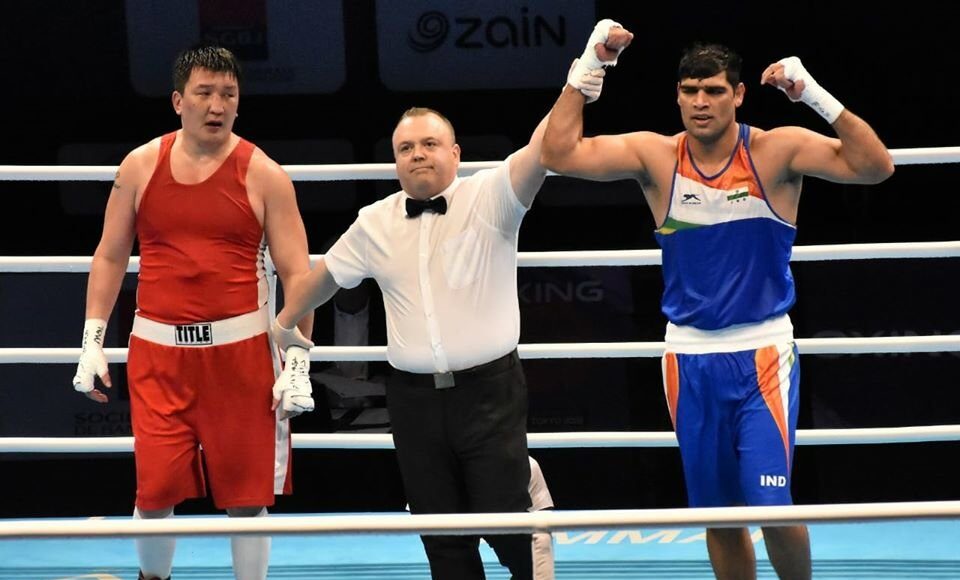 Tokyo: The Indian Boxer Satish Kumar makes a triumph move towards the quarterfinals after defeating Jamaica’s Ricardo Brown in his opening match on Thursday.

He was playing under the heavyweight (+91kg) category of the boxing championship in the Tokyo Olympic 2020.

The 32-year-old Indian player, in his debut game, predominated 4-1, a satisfying win notwithstanding the split decision.

The Asian-Championship bronze winner Kumar was supported by Brown’s poor footwork during the match.

“He got cuts because of three head butts during the bout. But it was a very measured performance by Satish, he could have been in trouble had Brown connected because he was huge and powerful,” Indian boxing’s High-Performance Director Santiago Nieva said PTI.

Following up for Satish is Uzbekistan’s Bakhodir Jalolov, the powerful world and Asian winner.