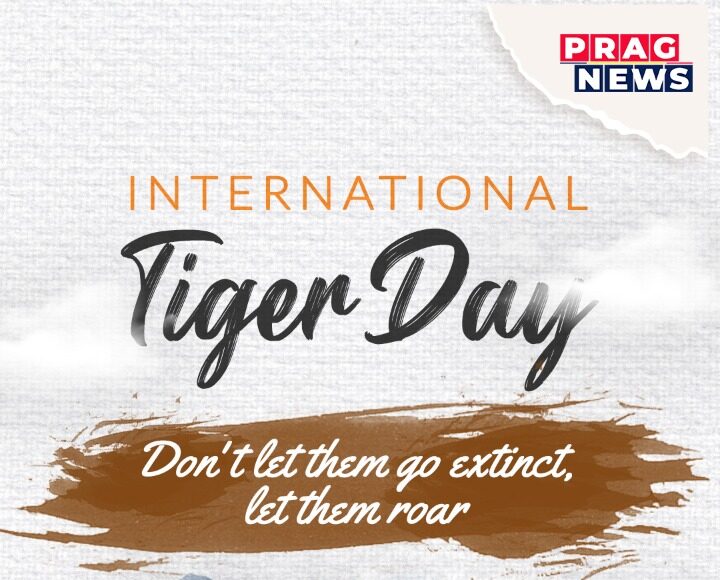 Guwahati: Every year, on July 29, the world celebrates International Tiger Day to create awareness among people concerning the conservation of tigers.

In the past 150 years, the wild cat population dropped down nearly up to 95%. In this regard, several countries have taken measures to preserve tigers for better natural inhabitants and wildlife.

On the occasion, PM Modi posted tweets from his endorsed handle on the microblogging website. He highlighted how India has managed tiger protection attempts over the preceding years and accomplished important breakthroughs in this region.

On July 29, 2010, several nations displayed signatories to an arrangement at the Saint Petersburg Tiger Summit in Russia. The nations promised to raise consciousness concerning the exciting fall in the number of tigers, including the measures needed to protect the varieties from getting lost.

The theme for International Tiger Day,2021 denotes, “Their survival is in our hands.”

Satisfyingly, India estimates for approximately 70% of the world’s entire tiger population and has previously accomplished the objective of increasing its numbers.

As per the World Wide Fund for Nature (WWF) statements, the prevailing population of the wild cat is 3,900. WWF aims at doubling its numbers to 6,000.

Taliban issues ‘11 rules’ for its media outlets and Afghan journalists