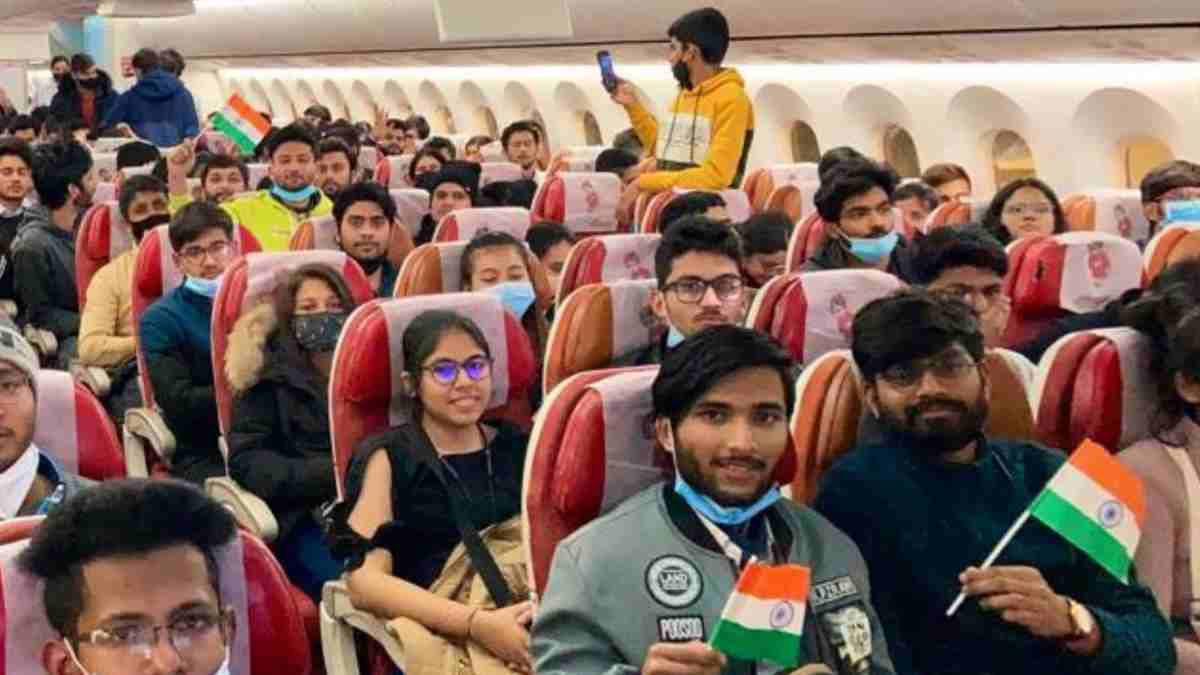 Digital Desk: A third evacuation plane from Budapest, carrying 240 Indians trapped in Ukraine, landed in Delhi. As per government officials, the plane landed a few hours after Air India's second evacuation plane from Romania's capital Bucharest, with 250 Indian people, arrived at Delhi airport. Jyotiraditya Scindia, the Minister of Civil Aviation, greeted the evacuees by presenting them roses. Amid Russia's military offensive in Ukraine, India began evacuating its stranded residents on Saturday, with the first flight, AI1944, returning 219 people from Bucharest to Mumbai in the evening. According to officials, the second evacuation flight, AI1942, carrying 250 Indian people, landed at the Delhi airport about 2.45 a.m. on Sunday. They also claimed that Air India's third evacuation flight, AI1940, which will depart from Budapest, Hungary, will return with evacuees to Delhi on Sunday. Since the Russian military invasion on February 24, Ukrainian airspace has been barred from civil aviation operations. As a result, Indian evacuation flights are based in Bucharest and Budapest. Indian people who crossed the Ukraine-Romania and Ukraine-Hungary borders were transported by road to Bucharest and Budapest, respectively, with the support of Indian government officials so that they could be evacuated on these Air India planes according to the officials. According to them, the government is not charging the rescued citizens for the evacuation flights. Scindia received the evacuees at the airport, according to photos provided on Twitter by Air India. "Aviation Minister Jyotiraditya Scindia welcomed Indian citizens who were flown back to Delhi from Bucharest by AI 1942 on February 27 early morning," the airline said. On Saturday, the Indian Embassy in Ukraine issued a statement on Twitter stating that Indian people in Ukraine should not travel to any border posts without first contacting Indian government officials via the helpline numbers. "The situation at various border checkpoints is serious, and the Embassy is continuously working with our Embassies in our neighboring countries to manage the evacuation of our citizens," the statement said. Also Read: Ishan Kishan struck on head by bouncer; admitted to hospital