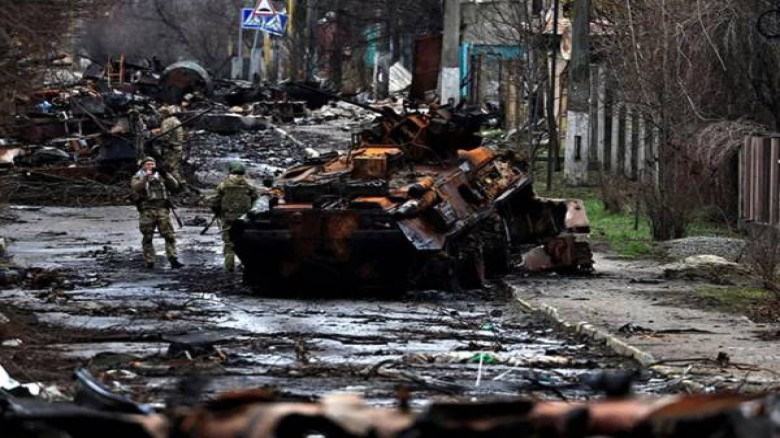 The images in question were released on Sunday. According to media sources, the clip was apparently recorded in the village of Bucha near Kyiv and depicted several deceased people's bodies lying on the road.

Digital Desk: Appalled by the images emerging from Ukraine's Bucha, UN Secretary-General Antonio Guterres called for an impartial investigation into the deaths of civilians in the Ukrainian town near Kyiv on Sunday.

Gutters stated on Twitter that it is critical to find the truth surrounding these tragedies.

"I am deeply shocked by the images of civilians killed in Bucha, Ukraine. It is essential that an independent investigation leads to effective accountability," Guterres tweeted.

The images in question were released on Sunday. According to media sources, the clip was apparently recorded in the village of Bucha near Kyiv and depicted several deceased people's bodies lying on the road.

One of the heinous photographs depicts a blindfolded man's body lying on the road, his hands bound with a white cloth.

These photographs elicited significant emotions from people all across the world.

Meanwhile, in response to these comments, the Russian Defense Ministry stated that any images and films purportedly demonstrating Russian soldier crimes in Bucha are a further provocation, as all Russian units totally departed from the town as early as March 30.

The Russian Defense Ministry has described the Ukrainian authorities' actions as a planned operation.

Ukrainian President Volodymyr Zelenskyy, on the other hand, called the occurrence "genocide."

When asked during a CBS News programme, "Face the Nation" if Russia is carrying out genocide in Ukraine, Zelensky replied: "Indeed. This is genocide."

On Sunday, Dmitry Polyansky, Russia's First Deputy Envoy to the UN, stated that Moscow had sought a UN Security Council meeting for Monday, citing the "provocation of Ukrainian radicals" in Bucha.

"In light of the blatant provocation by Ukrainian radicals in Bucha, Russia has demanded a UN Security Council meeting be convened on Monday afternoon, April 4," Polyansky was quoted as saying by Sputnik.

Moscow will expose "the Ukrainian instigators and their Western patrons," he added.

Meanwhile, the US Embassy in Kyiv released a statement denouncing the Bucha killings, saying that the photos pouring out of the region were horrifying and would prompt an appropriate response.

The photographs pouring out of the Ukrainian town of Bucha and other regions liberated by Russian President Vladimir Putin's forces are "horrific," the US embassy in Kyiv stated on Twitter, pledging action.