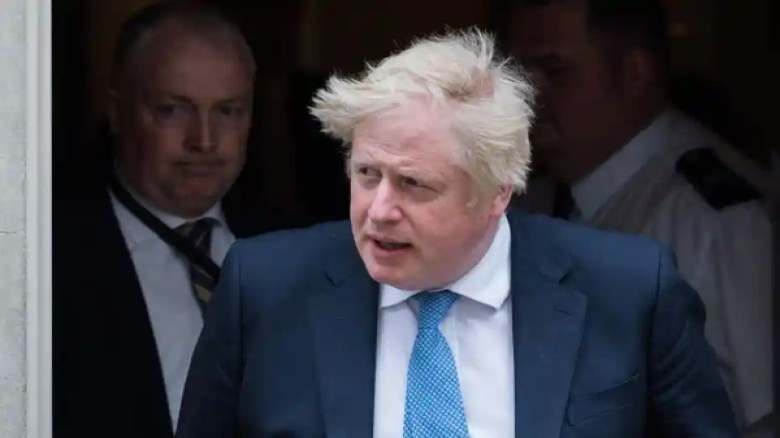 Boris Johnson will meet dairy sector officials in Gujarat before hosting a bilateral summit with Prime Minister Modi in New Delhi during his two-day visit to India.

Digital Desk: Ahmedabad will be the first stop on UK Prime Minister Boris Johnson's itinerary when he visits India for the first time in his new role on April 21.

According to ThePrint, Johnson's single most important goal would be to finalize the proposed free trade deal (FTA) with India.

Johnson will meet dairy industry representatives in Gujarat on his two-day visit to India before hosting a long-awaited bilateral summit with Prime Minister Narendra Modi in New Delhi.

According to sources, Gujarat is on Johnson's tour schedule because the state's very profitable dairy industry has been "up in arms" over allowing more market access to British and European dairy products.

Thursday's first day of the visit will be devoted to commerce, investment, and commercial affairs in Ahmedabad, visiting a university and a new enterprise, and some cultural sightseeing.

The UK Prime Minister is expected in New Delhi on Friday for a ceremonial day of greetings and discussions with Modi and business leaders.

Unlike prior prime ministerial visits, he is not joined by a UK business delegation.

Also Read: Next 24 hours would be critical: President Zelensky to Boris Johnson as war continues