Is it cow politics or casteism differences? 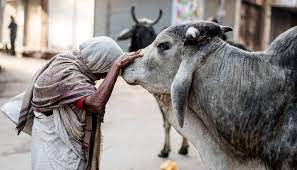 Under the Directive Principle of State Policy of the Indian Constitution, the article prohibits beef consumption, animal slaughtering, smuggling, and trading with neighbouring borders. Regarding protecting Hindu sentiments, Indian laws are in force.

However, cow slaughtering is not a new topic to get into politics; this has been practised since 1948.

Article 48A orders to preserve and enhance the environment and procurements to safeguard the country’s woodlands and wildlife.

However, Article 19(1) orders to practice or carry on any profession, trade, business or occupation. Even the laws are at contradicting positions.

These are the causes of keeping this topic controversial forever.
Considered holy by Hindus, cow slaughtering has been banned. On the other way, respecting the sentiment of one’s community stands valid under the law.

Reasonably, there are communities around the world that marks cow slaughtering as the main festival. Why? Because having staple food for survival is no less than a festival. These festivals are confined commonly as an assertion of Dalit’ cultural rights’ and identity, with beef, factored as the cultural food of Dalits.

Therefore, beef festivals are part of long history controversy towards the resistance of casteism and a medium to redefine typically defined cultural symbols.