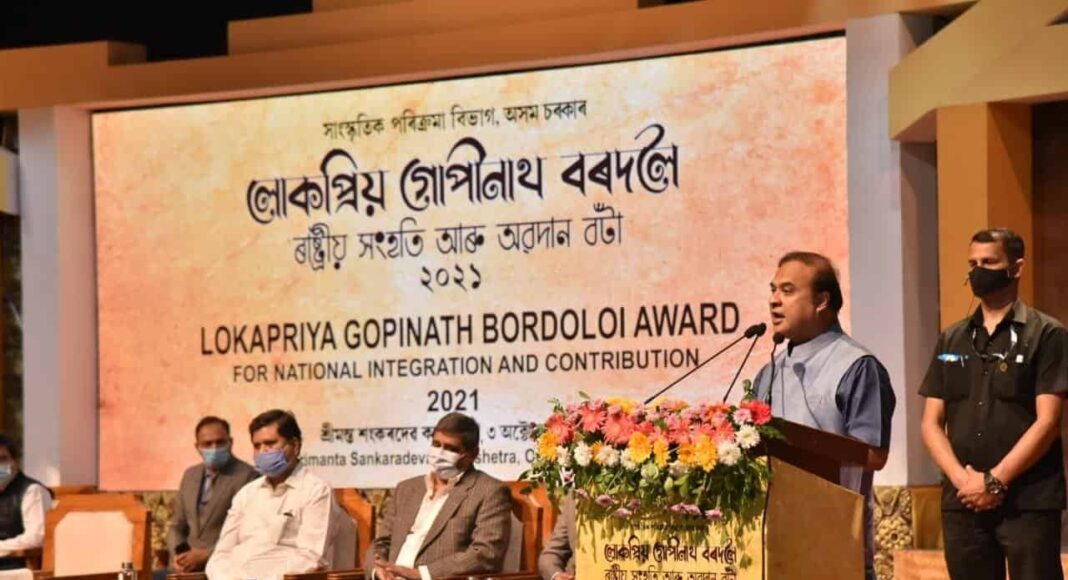 CM stated during the award ceremony of ‘Lokapriya Gopinath Bordoloi Award’ for National Integration and Contribution for the year 2021 at Srimanta Sankardev Kalakshetra on Sunday.

“After Independence, when Gopinath Bordoloi asked for financial help from Nehru to deal with the financial crises of the state, Nehru asked to give shelter to the Muslim refugees from East Pakistan. But, Bordoloi withstood it and said that Assam has more than 1 lakh people for giving land allotment. He also proclaims that the state has no land except the reserve forest and grazing.” said CM Sarma.”

“Syed Muhammad Saadulla the then Prime Minister of Assam in British India abolished the ‘line system’ of old land policy and planned for handing over grazing land to immigrant Muslims from East Pakistan.” stated CM Sarma.

Standing against abolishing old land policy in 1944, Bordoloi staged a democratic protest in the assembly compelling the government to hold a meeting with the congress and form an all-party cabinet in the provincial government, he said.

Speaking about Bordoloi, CM Sarma stated that he was a visionary leader who laid the foundation of modern Assam.

Moreover, asserting Gopinath Bordoloi’s contribution to the State, CM Sarma said he will always be remembered for his stand against ‘grow more food policy’ of Sadullah government, creation of belt and blocks, and contribution towards the inclusion of VI schedules in the constitution.

Share
Facebook
Twitter
WhatsApp
Previous articleSRK old video says Aryan ‘can do drugs’ goes viral after his son’s arrest by NCB
Next articleSupreme Court approves Centre’s relief scheme to kin of covid victim; to be disbursed within 30 days of applying