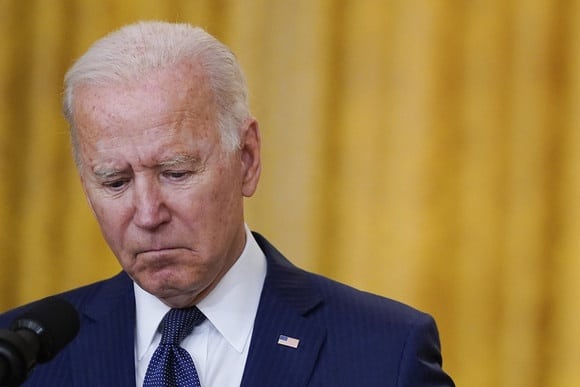 Washington: US president Joe Biden hinted of a probable terror attack at the Kabul airport while making the statements during a press conference, yesterday.

Present Biden has warned that within 24 to 36 hours, there is a high risk of terrorist attack, as US withdraws its last batch of troops from Afghan soil.

The State Department further requested all US residents to leave the airport region because of a “distinct, probable threat”.

Joe Biden stated on Saturday, “The situation on the ground continues to be extremely dangerous, and the threat of terrorist attacks on the airport remains high. Our commanders informed me that an attack is highly likely in the next 24-36 hours.”

Biden guided them to exercise every reasonable measure to prioritize force strength. He guaranteed that they have all the authorizations, supplies, and plans to defend US men and women on the ground.

He has further vowed to continue retaliatory strikes upon the terrorists accountable for Thursday’s suicide bombing attack at the airport that killed 13 US military officials and around 170 Afghans.

A local affiliate of the Islamic State organization in Khorasan Province (IS-K) claimed the attack.

In reprisal, the US brought out a drone strike on eastern Afghanistan late on Friday. The Pentagon stated two “high profile” ISIS targets were shot, including another was wounded in the drone blow.