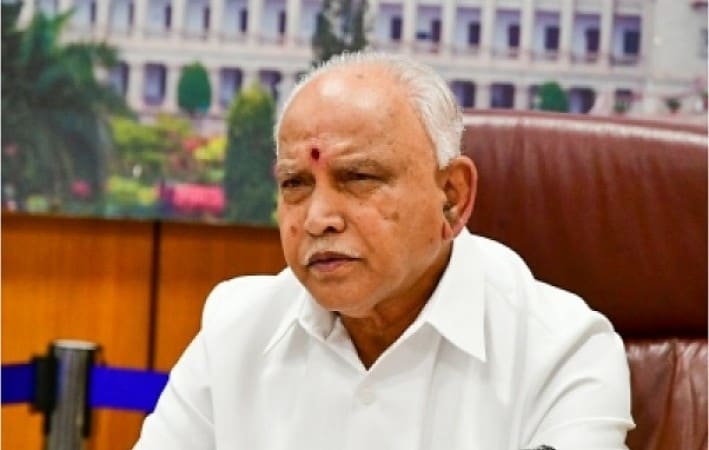 Karnataka Chief Minister BS Yediyurappa on Saturday offered to resign on health grounds. According to reports, Prime Minister Narendra Modi has accepted the resignation of the Karnataka chief minister. Yediyurappa met BJP chief JP Nadda today and said he has been told to strengthen the party and bring it back to power in the state. The chief minister has said that he will also meet Union ministers Amit Shah and Rajnath Singh.

“We discussed the development of the party in the state. He asked me to give special emphasis on bringing the BJP back to power in Karnataka. The same was told by the prime minister also. A detailed discussion happened,” Yediyurappa said after meeting Nadda.

On Friday, Yediyurappa had met Prime Minister Narendra Modi and discussed pending state works, including the Mekedatu project across river Cauvery. The meeting came at a time political circles are abuzz with speculations of Yediyurappa being replaced as the chief minister.

Repeated open remarks by some disgruntled leaders within the Karnataka BJP targeting him and his family with accusations of corruption and interference in the administration have embarrassed the party and the government, despite warnings of disciplinary action by the leadership.

Another section of the party is demanding the replacement of Yediyurappa (79) citing his age and the need of projecting a new CM face ahead of assembly polls in 2023, sources had said.

Share
Facebook
Twitter
WhatsApp
Previous article“We do not know how he died”, says Taliban upon the death of journalist Danish Siddiqui
Next articleCentre notifies Delhi HC availability of vaccines for 12-18 group