‘Khela Hobe’: Development by Bengal government, but photo of UP CM 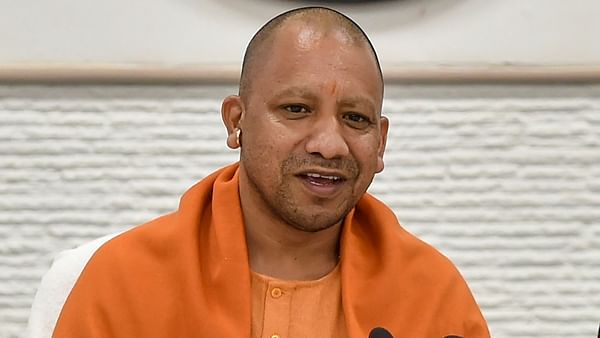 Kolkata: An advertisement released by the Uttar Pradesh government, has hugely amused the Trinamool Congress, which accused him of showcasing the works of the Bengal government to win elections.

The advertisement focuses on the developmental works done by Yogi Adityanath’s government over the last five years in the state, which is regarded as one of the most under-developed in the country. But the photographs used to highlight Yogi’s achievements, has landed the Uttar Pradesh government in a controversy.

A chunk of the collage below the advertisement appears be a photo of Kolkata, a flyover having the trademark blue-white paint and yellow taxis on it. Many social media users have identified the flyover as the ‘Ma Flyover’ in central Kolkata built by Mamata Bannerjee’s government.

Two buildings by the same flyover in the ad have also been identified by social media users as those belonging to a five star hotel chain.

Taking advantage of this, scores of party leaders, workers and supporters of TMC tweeted, mocking the BJP and the Uttar Pradesh Chief Minister for ‘their larger than life’ advertisements.

“Transforming UP for Yogi Adityanath means stealing images from infrastructure seen in Bengal under Mamata Banerjee’s leadership and using them as his own! Looks like the ‘DOUBLE ENGINE MODEL’ has MISERABLY FAILED in BJP’s strongest state and now stands EXPOSED for all!” read his post, where he tagged both Chief Ministers.

“Lol the image on the bottom left is from Kolkata – of the Maa Flyover. Zoom in & you can also see the iconic Kolkata yellow ambassador taxi on the flyover. “Transforming UP” means spending millions on newspaper ads around India & stealing pics of development in Kolkata?” tweeted party leader Saket Gokhale.

Senior leader Mukul Roy, who returned to the Trinamool from the BJP after the ruling party’s spectacular victory, even targeted Prime Minister Narendra Modi.