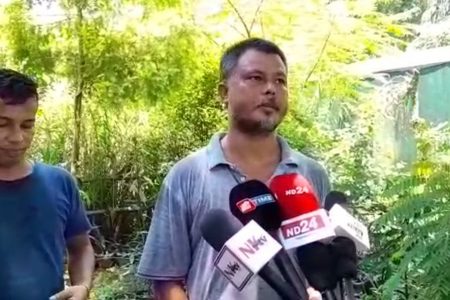 Khyanjeet Gogoi, the Orchid Man of Assam, of Daisajan Tea Garden of Doom Dooma in Tinisukia who has turned his residence into an international orchid hub. Gogoi has made his home into an orchid hub with his solo efforts, with more than 750 species of orchids from all over the world. Khyanjeet started his exceptional work in 1993 itself, said that orchid conservation is a very potential source to help in the growth of the economy.

Now his orchid hub is home to around 750 species of orchids from all over the world in three greenhouses. Interestingly, many students have also come to the International Orchid Hub of Khyanjeet Gogoi where they studied and received their doctorate degrees.

Khyanjeet Gogoi, Orchid Man of Assam, is hopeful enough that the government of Assam will take all the significant steps to help the orchid commercialization in the state.