Ladakh announces the name of its state bird and animal 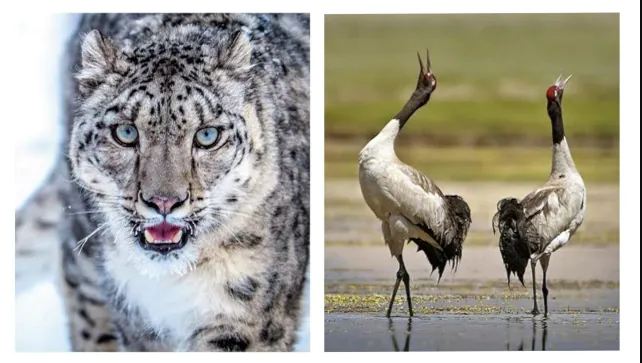 Leh: Ladakh announced the name of its state bird and animal, two years after it was carved out as a separate Union Territory (UT) from the erstwhile state of Jammu and Kashmir. Two endangered species, snow leopard and black-necked crane have been adopted as the state animal and bird of Ladakh.

An order issued by the Lieutenant Administration (LG) of Ladakh read, “The snow leopard (Panther unica) and black-necked crane (Grus nicricollis) shall be the State animal and State bird respectively of the UT of Ladakh from the date of issue of the notification.”

Snow leopard, whose numbers are dwindling worldwide, has been categorized as “vulnerable” in the International Union for Conservation of Nature Red List.