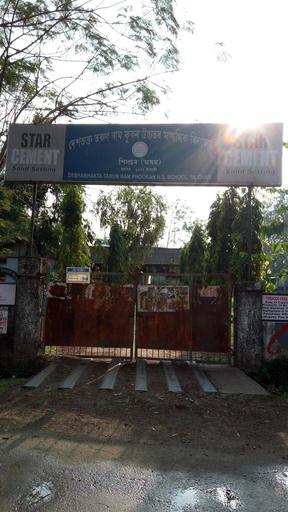 Silchar: Deshbhakt Tarun Ram Phukan High School, Silchar, is an Assamese medium school that was set up in 1953, but due to lack of students and infrastructure, questions are being raised about its survival. The school received a notification from the Government of Assam about a merger with another Bengali-Medium school. The merger will lead to a solution and it will be a part of the bi-lingual institution of education for kids.

Orders from the Government stated that a school must have at least 30 students in each class to keep it running and funded by the government. The school right now has only 31 students in total from classes 1 to 8.

In the recent order, the department of education, Assam stated, “to ascertain standard teacher-pupil ratio, optimum services of the employees, saving administration cost and other expenses of the school, we have decided that the schools situated in the same campus or any nearby area should be amalgamated. All the schools should be brought into one single administrative and academic unit under SikshaKhetra – a scheme for the merger of different schools.”

The headmistress of Tarun Ram Phukan High School, Pravina Sultana Begum, said that this is the only Assamese running school in the area but with a fewer enrolment and with government policy on it, the school can’t run. There have been the instruction of the merger and make the medium of school bi-lingual.

A lot of organizations like the Asom Sahitya Sabha have criticized this move and have also tried to convince the government at different levels to put a stay on the order, and has also requested to prevent the merger of the schools.

But why this poor roll strength continues to decline? The authorities of the school have no explanation about the constant decline but said that officers and employees of state and public establishments prefer their children to get admitted in English medium schools like Holy Cross, Collegiate School, DPS, Maharshi Vidya Mandir, Don Bosco, and a lot more. “If our Assamese brothers and sisters can’t show respect to their mother language, then where lies the fault?” Pradip Dutta Roy, chief convener of Barak Democratic Front (BDF).

Headmistress Begum said that “We hope that the order will be taken back and the only Assamese school will be able to survive. But instead of merging with the Bengali school, an Assamese high school located just around the corner should be merged with the Tarun Ram Phukan High School. These will lead to an Assamese school only, and government policies will also be met.”

The standalone Assamese school, in Silchar, is more than an educational institution as it sends a message of unity, and also the assimilation of the Brahmaputra valley and the Barak valley.