Lone Passenger flies like ‘Maharaja’ from Amritsar to Dubai 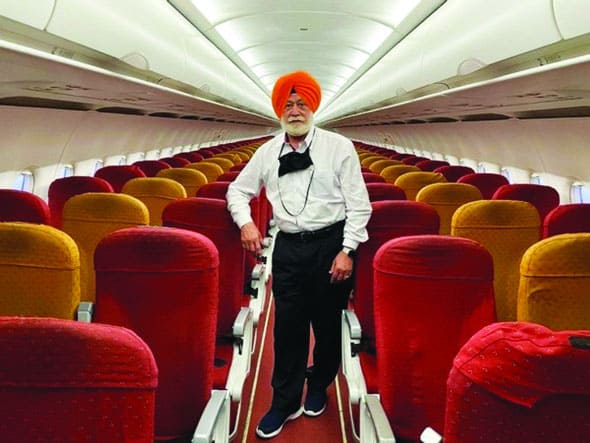 UAE-based Indian businessman, SP Singh Oberoi, traveled from Amritsar to Dubai as the sole passenger on the Air India international flight said he felt like a ‘Maharaja’.

SP Singh Oberoi who took the three-hour flight on Wednesday found that he was the only passenger in the aircraft. “I took my flight from Amritsar to Dubai by Air India (AI-929) on June 23 at around 4 am. I was very lucky to be the only passenger on the entire flight. I feel like a Maharaja during my travel,” Oberoi.

Oberoi, who holds a ten-year golden visa and operates a business in Dubai said that when he bought the ticket for the three-hour flight for dirham 750. “I was treated very well by the entire crew and was photographed in an empty plane, I took pictures with the crew and pilots of the aircraft,” he said.

On traveling without any co-passengers, Oberoi said, “If I get a chance to travel solo next time I will refuse. It is good for once in a lifetime experience. It was very boring.” He added that he resorted to counting the number of seats and windows of the aircraft to pass the time.

Later, once the issue was resolved, a senior airline official said the pilot and crew ensured Singh had a unique experience. “Taking pictures on flight and allowing him (Singh) to roam around were a few of the perks that Singh, as a solo passenger, was allowed to enjoy.”