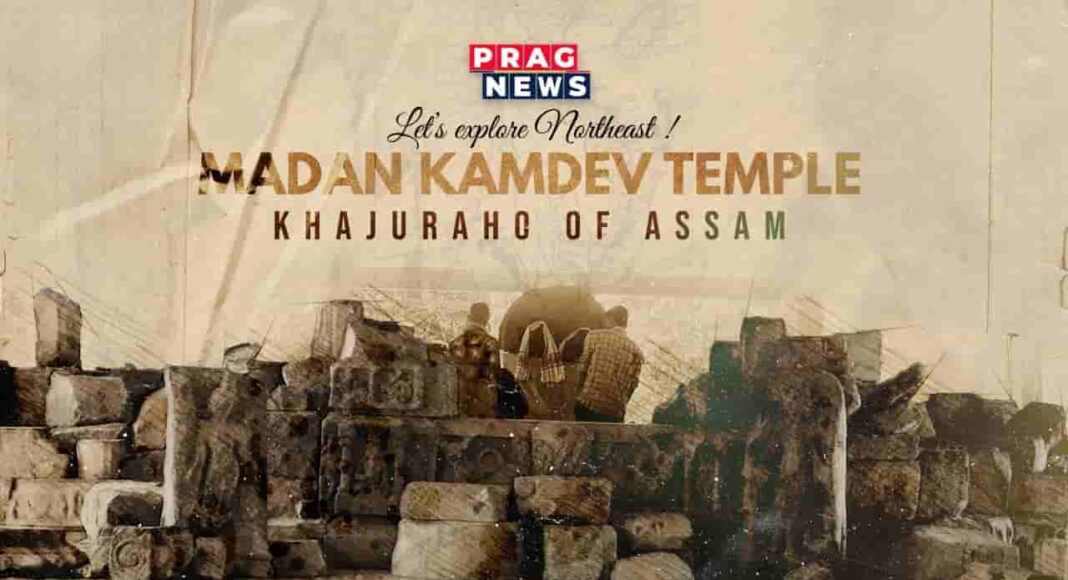 Guwahati: Assam with its diverse culture embedded with many archaeological structures that speak about its myriad past. Its temples are great examples of artistic creativity and far more progressive than society admits.

The place was unknown to the outside world for more than a century, but it was only in 1970 when upon clearing the forest area people stumbled upon more than twenty smaller temples made from stone. In 1977 after it was taken under the jurisdiction of the Archaeological Directorate of Assam, excavations discovered 12 ruins of historical value besides the main one.

According to Hindu mythology, Kamdeva ‘God of Love’ comes under the wrath of Lord Shiva on disturbing his meditation. Shiva unable to control his anger opened his third eye that turned Kamdeva into ashes. Rati, who was Kandeva’s consort prayed to the Shiva asking her husband back. Moved by her grief Shiva brought back Kamdeva back to life at this particular place where the temple of Madan Kamdev is now located. Kamdeva then reunite with his consort Rati Devi here and thus it came to be known as Madan Kamdev dedicated to Lord Shiva and his consort Parvati.

Madan Kamdev is a paradigm of archeological findings, which have some of the most beautiful stone sculpted figures of medieval India.

What makes it different from the rest of the temples is that in Madan Kamdev devotees pray to the deity facing the opposite direction, generally east is considered the holy direction.

Moreover, the lush green forest, Mandankuri River flowing below it and its silent environment add to the beauty of the site. One can revive itself from the hectic life of the city. The site is a proud edifice for Assam which is surrounded by many mysteries that add to the beauty and importance of the place.