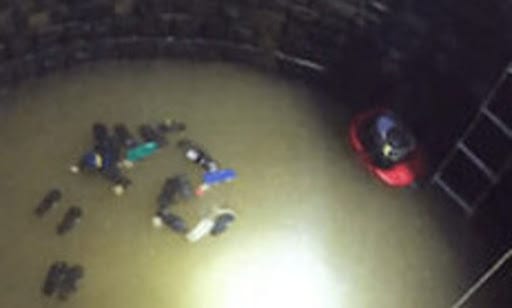 Prime Minister Narendra Modi on Friday expressed his condolences to the families of those who lost their lives after they fell into the well. Eleven bodies have been recovered and 19 people rescued from a well, which collapsed on Thursday during a rescue operation to pull out a boy, in the Ganjbasoda area of Madhya Pradesh’s Vidisha district, according to a report.

Prime Minister Narendra Modi on Friday expressed his condolences to the families of those who died after falling into the well and also announced an ex-gratia of ₹2 lakhs for the families of the victims. “Anguished by the tragedy in Vidisha, Madhya Pradesh. My condolences to the bereaved families. An ex-gratia of ₹2 lakhs each from PMNRF would be given to the next of kin of those who lost their lives,” the Prime Minister’s Office (PMO) tweeted.

Nearly 40 people, who gathered around a 40-feet-deep well to watch the rescue of the 10-year-old boy in Lalpathar village, fell into it when its boundary wall gave in, police said late on Thursday. A tractor being used to pump out water also fell into the well.

Villagers said the sarpanch and local administration were to be blamed for the accident. “The well is the only source of water for 700 families of the village. A large number of people came here for fetching water. The safety wall of the well was weak and villagers informed the sarpanch and panchayat secretary about it. Even the boy fell into the well as a part of it caved in,” Anita, who lives near the well, said earlier.

Chief Minister Shivraj Singh Chouhan has ordered a high-level inquiry in the matter and also announced an ex gratia of ₹5 lakhs for the next kin of the deceased and ₹50,000 to those injured in the accident.

Several leaders, including Congress’ Rahul Gandhi, expressed their grief over the deaths. “Deeply saddened by the news of many people falling in the tragic accident that took place in Ganjbasoda, Vidisha, I pray to god for everyone’s safety,” Union civil aviation minister Jyotiraditya Scindia tweeted.

Share
Facebook
Twitter
WhatsApp
Previous articleAmit Shah: no one can challenge India’s borders now after, PM Modi crafted a distinct Defence Policy for India
Next articleKarishma Kapoor says she was refraining to accept ‘Dil Toh Pagal Hai’ because of Madhuri Dixit; ‘All heroines refused it’