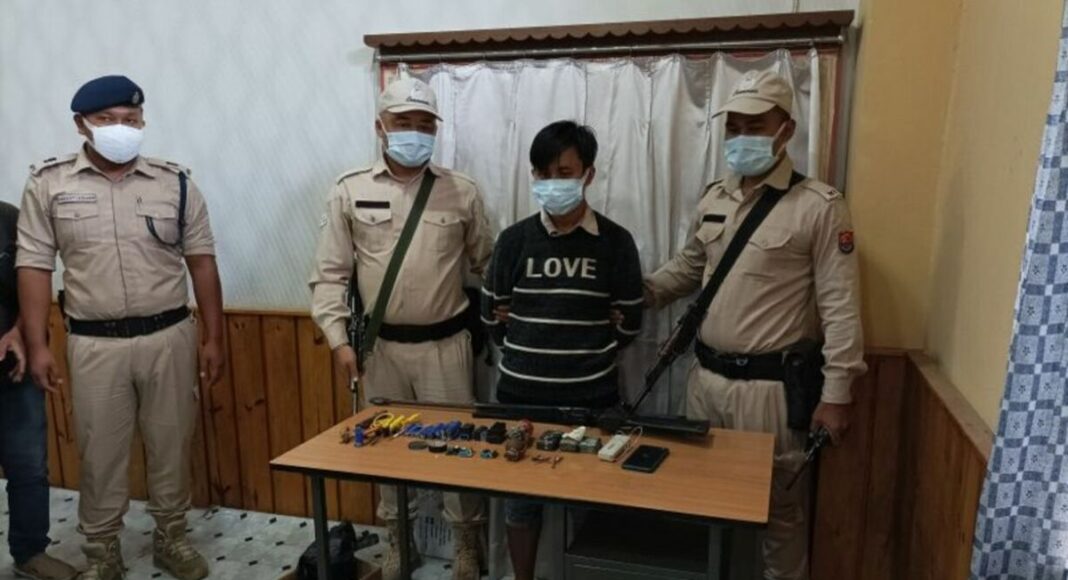 Superintendent of Police, Imphal West, S Ibomcha Singh said that the police authority held the militant from Lairikyengbam Makha Leikai region under the supervision of Lamphel police station of the district on Tuesday.

The arrested militant revealed that he was involved in an IED attack at Manipur Chief Minister’s bungalow entrance in 2013 and a restaurant in Imphal.

“The one arrested had threatened a person residing at Lairikyengbam Makha Leikai area by lobbying two hand grenades which exploded at a paddy field near his house in the early hours of Tuesday,” Singh added.

SP Singh continued that the arrested militant and the seized IED materials were handed over to Lamphel police station in Manipur’s Imphal West district for further inquiry and legal action.