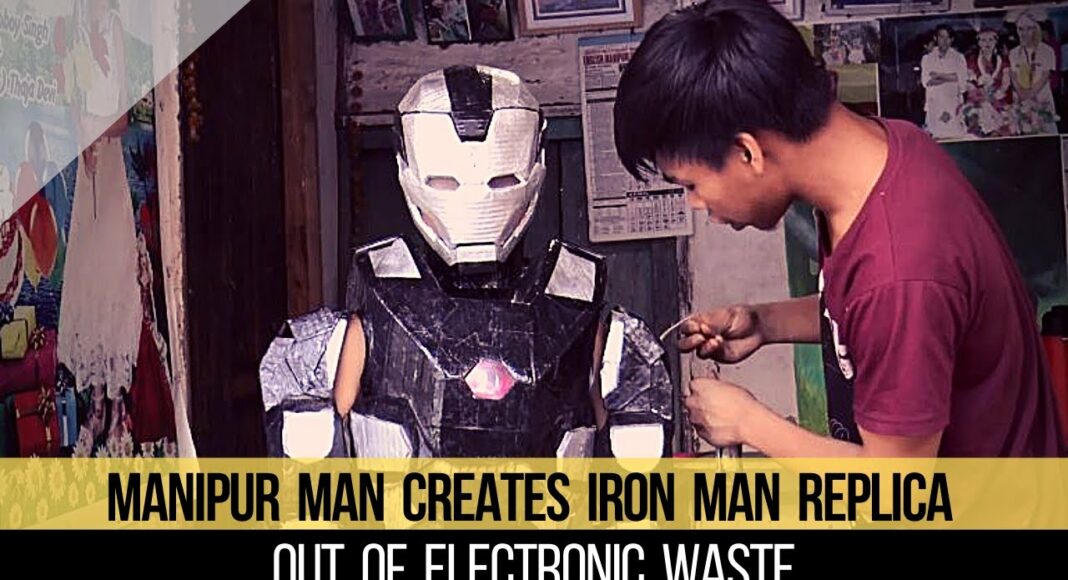 Imphal: Superheros are always exciting, and they are part of everyone’s imagination. Hollywood superhero Ironman is one of the most loved characters by netizens.

One of the fans from Manipur named Ningombam Prem has created a life-size Ironman suit from trashes. He has used electronic waste materials to build an Ironman suit.

He is from Heirok Part II village of Thoubal district in Manipur. His fascination for robots began when he was a child, but in 2015 his passion for Ironman outfit grew more powerful as a young teen.

The passionate young boy has created this art with a much-planned design. The teen strived to collect electronic waste elements from nearby regions due to economic constraints faced by his mother.

As an enthusiastic movie buff, he says he wants to introduce this scientific work in Manipuri cinema which he believes has most films based on romantic tales.

Prem’s newfound popularity has not hindered him from serving his parents at a roadside food stall. He is a student of Imphal Art College pursuing fine arts.

He is dedicating every two hours daily working to build robots. The Manipur teen has taken over social media feeds with well-known personalities, including industrialist Anand Mahindra sharing the video on Twitter.

He tweeted, “Move over Tony Stark. Make way for the REAL Iron Man. And it would be a privilege to assist him & his siblings in their education. If someone can connect me to him, it will be a privilege for me & @KCMahindraEduc1 to support him. ( @jaavedjaaferi for forwarding the video).”