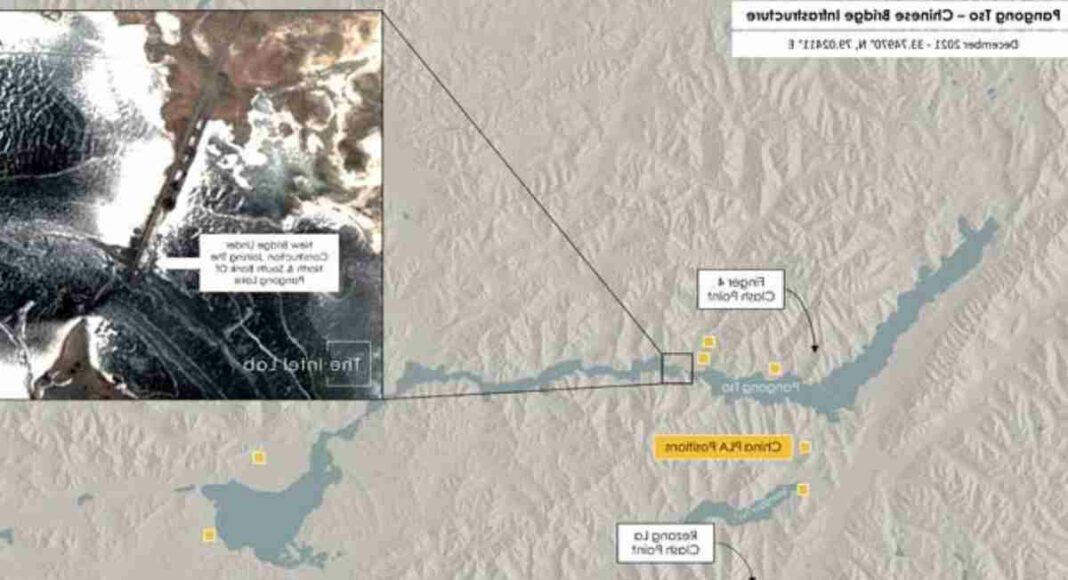 Digital Desk: Indian government on Thursday stated that the bridge being constructed by China across Pangong lake in eastern Ladakh is in a site under illegal occupation of that nation for approximately 60 years and has never tolerated such action.

External Affairs Ministry Spokesperson Arindam Bagchi criticised China for renaming some locations in Arunachal Pradesh. Rather than employing such tricks, Beijing should work constructively with India to settle the outstanding conflict issues in eastern Ladakh.

Arindam defined it as a “silly practice” to support “untenable territorial” claims. Bagchi said the government closely monitored this movement on the Chinese bridge constructed in the Pangong lake region.

“As views data concerning a Chinese bridge being constructed by the China on Pangong lake, the government has scrutinised this activity closely,” Bagchi said.

Bagchi further stated India has been taking all required measures to assure that its protection welfares are fully shielded. “As part of these measures, the government has furthermore, in the last seven years, expanded particularly the funding for the expansion of border infrastructure and constructed more highways and bridges than ever before,” he expressed.

“These have supplied much-needed connectivity to the local people as well as logistical backing to armed powers. The government stays dedicated to this purpose,” he counted.