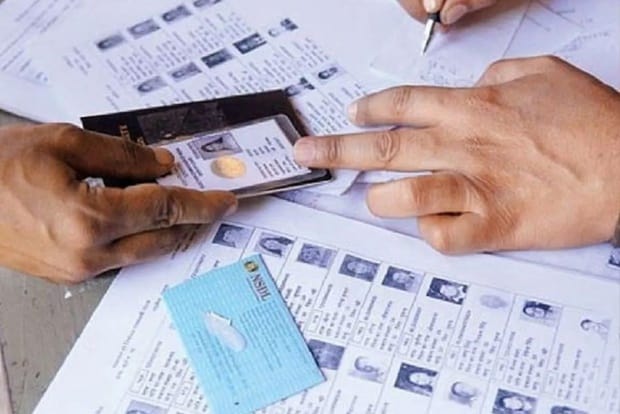 Guwahati: The people residing along the border area of Assam-Meghalaya are in constant fear of a notice released by the Meghalaya State Election Department. The notice has called out around 2,600 people in Boko LAC for a hearing.

The residents along the Assam-Meghalaya boundary in the Kamrup region are dual voters. This is because they hold voter cards from both Assam and Meghalaya.

In this regard, officials from Meghalaya held a meeting at Athiabari on Thrusday. They said to the villagers, “If you need to stay with Meghalaya, you need to quit your voter cards of Assam to your gaonburha. Or else, we will remove your Meghalaya voter cards.”

Boko MLA Nandita Das stated, “All these border communities come under my constituency. The border residents have two voter cards – one from Assam and the other from Meghalaya.”

“I have taken up the problem with the State Assembly Speaker today.” MLA Das wants restraint from the State government in this essential matter.

Das stated, “If this fringe-dwellers team with Meghalaya, the neighboring state will demand that disputed regions as theirs. The State Government requires to intervene into this as the issue is associated to the boundary of the state.”

In Assam, all these fringe spaces come under forest lands where construction projects do not happen. In contrast, Meghalaya has no such limitation for construction activities in border regions. Consequently, Meghalaya has well-developed highways, clinics, institutions, and different amenities along the disputed boundary stretches. These advantages attract the people of Assam into being voters of Meghalaya as well.

Share
Facebook
Twitter
WhatsApp
Previous articleAssam forest department employee arrested for smuggling rhino horns
Next article“Wearing chappal is my lifestyle, I didn’t point others on what they are wearing”: Akhil Gogoi