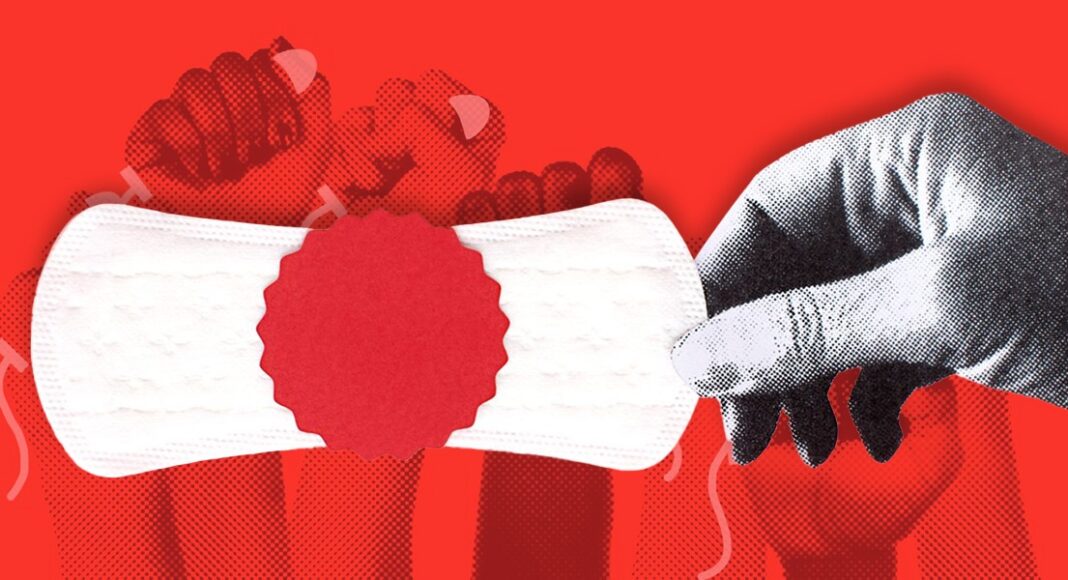 This year, on October 9, Period will hold a virtual celebration — #PeriodActionDay, or PAD — highlighting the work of menstrual-justice activists and giving adolescents skills and resources to take action in their community.

Let us know about the period of poverty:

Period poverty refers to the inability of women and girls to achieve due to a lack of access to sanitary products, bathrooms, hand-washing facilities, waste management, and other requirements. According to Kate Cartagena, the youth organizing program manager at Planned Parenthood Generation Action, periods are still highly stigmatized. “Because of this stigma,” she says, “far too many individuals are now facing period poverty or struggle to purchase period supplies.”

According to Period, 800 million women worldwide menstruate on any given day. Despite this, one in every five females in the United States has missed school due to a lack of access to menstruation supplies.

The organization’s goal is to raise $250,000 to continue equipping young people and ending period poverty in their lifetime.

On October 9, you may participate in a variety of panel discussions covering the following topics:

The Evolution of the Menstrual Cycle

Allies’ Role in the Movement

Language’s Role in the Movement

Making room in the movement for Black women

There will also be an event called Organizing for Justice Training, where you can learn and discuss how to lead and make a difference in your neighborhood with other young activists. This session will begin at 11 a.m.

On National Period Action Day, activists in Michigan have organized a demonstration to help abolish the product taxes.

“Menstrual health and hygiene means ensuring a menstrual person has everything in place to manage the period safely and with dignity,” says Ina Jurga, a worldwide organizer for Menstrual Hygiene Day, a related awareness day annually in May. “Safely and dignifiedly” implies that menstruation persons have access to not just information, water, bathrooms, and secure locations for washing and changing, but also disposal options and good societal norms.

The public health campaign to eradicate period poverty began in emerging African, Latin American, and Asian nations. It focuses on providing individuals worldwide with clean water, sanitation, infrastructure, and access to feminine products. With National Period Day, activists push for menstrual supplies to be freely available in schools, shelters, and jails across the United States.

Celebrities Discussing their Periods and the Struggle Against Stigma:

Speaking a word like “menstruation” aloud might help combat period stigma, especially if you’re a celebrity. Manushi Chhillar (Miss World 2017) made menstruation hygiene her trademark issue, while Meghan Markle, now Duchess of Sussex, made Period poverty a cause. Amy Schumer, Lena Dunham, Alaia Baldwin Aronow, Whoopi Goldberg, Chrissy Teigen, Mandy Moore, and others have used their public platforms to discuss painful periods and other symptoms of endometriosis. This disease occurs when endometrium-like tissue that lines the inside of the uterus grows outside the uterus.

“We need to talk to all of the youngsters about their periods. They are a part of life, and education is the most effective way to eliminate stigma “According to Keosha Bond, EdD, MPH, assistant professor of health behavior and community health in the department of public health at New York Medical College in Valhalla, New York.

Dr. Bond believes that National Period Day is significant because “we need to address the issue of period poverty and make products more accessible, not just for women and girls, but also for transgender, nonbinary, and gender-nonconforming persons.”

While many Americans may think of period poverty as a problem in low-income nations where girls cannot attend school, women are unable to work because they cannot buy goods. “We’re dealing with it here in the United States,” Bond adds.

Menstrual management is costly and luxury for far too many people.

“Pandemic will end when world chooses to end it,” says WHO chief