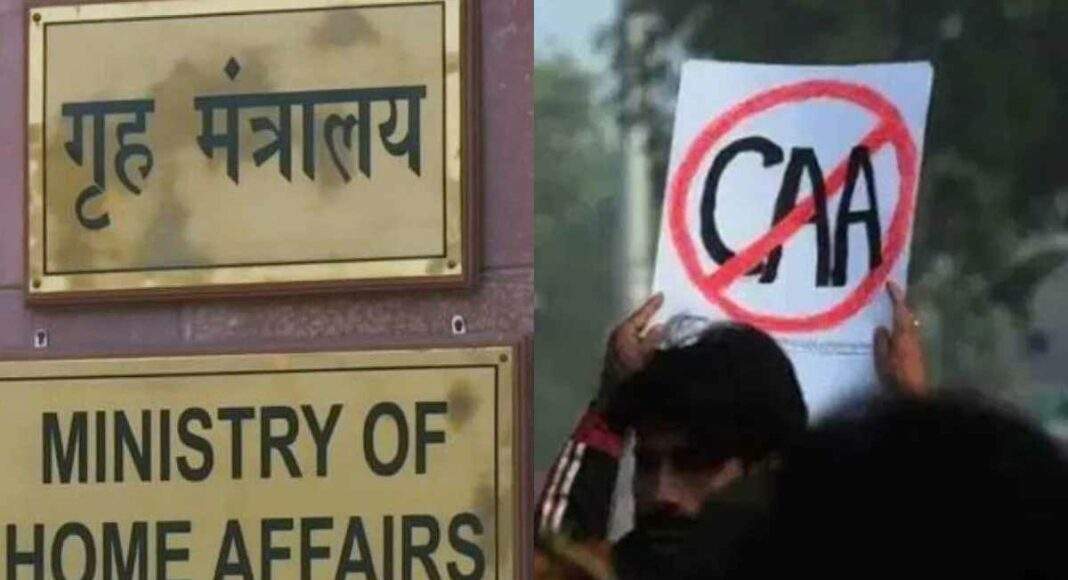 Digital Desk: The Union Ministry of Home Affairs has sought yet another delay from parliamentary committees for crafting the regulations of the contentious Citizenship Amendment Act (CAA) because the subject is pending before the Supreme Court.

Parliament enacted the Citizenship Amendment Act on December 11, 2019, and the President signed it the next day. Subsequently, it was notified by the home ministry.

However, the law has yet to be implemented because the CAA’s guidelines have yet to be drafted.

Also Read: Happy Birthday, “The Wall”: Take a look at 3 memorable test knocks by the current coach of team India

A senior home ministry official said: “The MHA has written to the subordinate committees on legislation in both Rajya Sabha and Lok Sabha, requesting more time to frame the CAA rules.”

According to the Manual on Parliamentary Work, any legislation’s rules must be drafted within six months of presidential assent or seek an extension from the Committees on Subordinate Legislation, Lok Sabha and Rajya Sabha.

Because the home ministry was unable to draught rules within six months of the CAA’s passage, it requested further time for the committees, first in June 2020 and then four times more.

The fifth extension came to an end on Monday.

“We have approached the parliamentary committees seeking more time. Hopefully, we will get the extension,” a home ministry official told PTI.

The Central government has already made it clear that the Indian citizenship to the eligible beneficiaries of the CAA will be given only after rules under the legislation are notified.

The CAA aims to offer Indian citizenship to persecuted minorities from Pakistan, Bangladesh, and Afghanistan, such as Hindus, Sikhs, Jains, Buddhists, Parsis, and Christians.

Those from these communities who arrived in India before December 31, 2014, and were subjected to religious persecution would not be considered illegal immigrants and will be granted Indian citizenship.

Following the passage of the CAA by Parliament, significant protests occurred across the country, resulting in the deaths of almost 100 people as a result of police shootings and other forms of violence.