More than 20 lakh Indian Accounts, blocked on WhatsApp; between May 15 – June 15 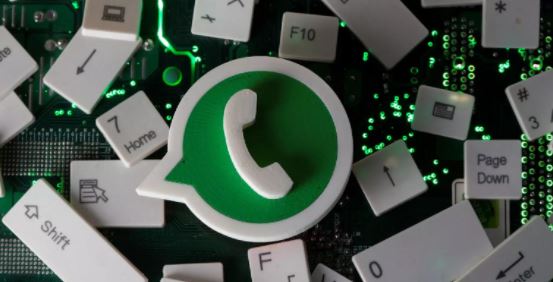 More than 20 lakh WhatsApp accounts were banned between May 15 and June 15 in India to prevent online abuse and keep users safe, the Facebook-owned instant messaging platform said on Thursday in its monthly compliance report.

“WhatsApp […] deploys tools and resources to prevent harmful behavior on the platform. We are particularly focused on prevention because we believe it is much better to stop harmful activity from happening in the first place than to detect it after harm has occurred,” WhatsApp said.

“The abuse detection operates at three stages of an account’s lifestyle: at registration; during messaging; and in response to negative feedback, which we receive in the form of user reports and blocks. A team of analysts augments these systems to evaluate edge cases and help improve our effectiveness over time,” the company said.

Though the report marked WhatsApp’s compliance with conditions listed in the new IT rules, the company has filed a legal complaint in Delhi against the Indian government, seeking to block regulations that came into effect last month, that experts say would compel the firm to break privacy protections.

The lawsuit asks the Delhi High Court to declare one of the rules a violation of privacy rights in India’s constitution since it requires social media firms to identify the “first originator of information” when authorities demand it.

WhatsApp, which has nearly 40 crore users in India, had said it will “continue to engage with the government of India on practical solutions aimed at keeping people safe, including responding to valid legal requests for the information available to us”.

“Requiring messaging apps to ‘trace’ chats is the equivalent of asking us to keep a fingerprint of every single message sent on WhatsApp, which would break end-to-end encryption and fundamentally undermines people’s right to privacy,” WhatsApp had told NDTV in a statement.

The lawsuit came amid clashes between Prime Minister Narendra Modi’s government and tech giants including Facebook, Google, and Twitter, in one of their key markets.

The new Intermediary Guidelines and Digital Media Ethics Code, which was unveiled in February, requires that big social media firms appoint Indian citizens to key compliance roles, remove content within 36 hours of a legal order, and set up a mechanism to respond to complaints.

The firms stand to lose protection from lawsuits and criminal prosecution if they do not comply as demonstrated by the protracted tension between the government and Twitter which has repeatedly sought extensions to meet conditions like appointing India-based compliance officers.

Gizmore Co-founder, Manish Gupta says, we foresee ourselves as one of the top-3 brands in the industry

Jeff Bezos steps down from the post of CEO Amazon, what next?