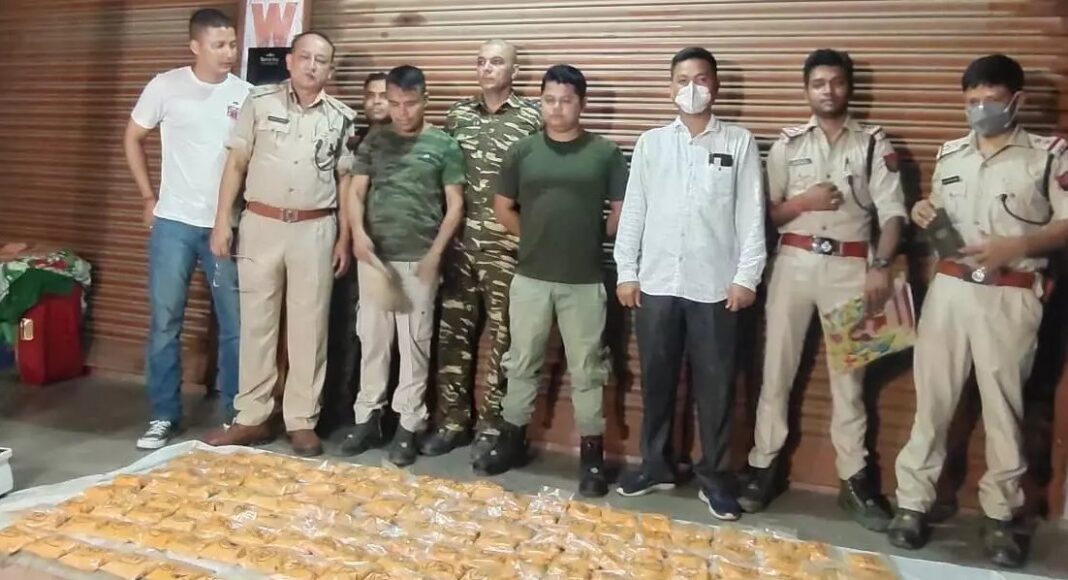 The lady drug dealer was caught from the Laharijan region under Khatkhati police station by Karbi Anglong police.

The police authorities executed a moving plan for this successful operation. As per reports, the police followed the lead from Barpather PS case No 30/21, u/s 21 (c) NDPS act. Under this lead, they have seized 64 soapboxes carrying 723 gm of heroin on May 25, 2021.

The Khatkhati police station authorities discovered another striking lady member known as Rozi Rongmei (52). She is the wife of Nandi Pau, a resident of Laharijan.

The sucess of the operation comes under a dedicated team of police personnel under Khatkhati police station. The unit has kept surveillance on didi’s house and her movements from time to time.

Finally, the team managed to get hold of the lady’s phone number. They knew that she needed new customers. Eventually, the police put one of them as the most reliable reference to get the operation executed.

A settlement was finalized to pass a good amount of heroin. However, it wasn’t obvious to convince her for such a considerable quantity.

But, as she needed new customers, she agreed. So, on Thrusday night at about 8 pm, she dropped into the police’s web and was arrested from Laharijan.

Collectively around 150 packs of high-quality heroin were seized from the lady, which weighs 2 kgs. Additionally, a Naga person named Angma Kamei of Laharijan has further been held in this connection.