My daughter is a big fan of K-dramas and BTS, she doesn’t watch any Indian actor: Actor Pankaj Tripathi 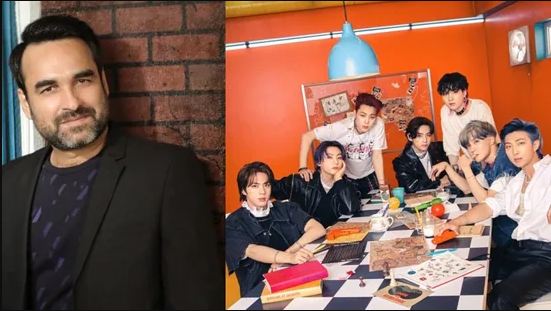 Mumbai: Arguably one of the most underrated performers in the Hindi film industry, Pankaj Tripathi’s list of movies, encompassing his terrific acting and incredible dialogue deliverance is incomparable. The actor revealed that his daughter is a big fan of K-pop group BTS and watches South Korean dramas.

“These days, she is only into BTS and Korean actors; Hindustan mein uska kaha mann hai (She doesn’t watch any Indian actor),” Pankaj told a leading daily in a recent interview. Not only his daughter but his wife, Mridula, too enjoys a fair share of K-dramas now. “She also watches Korean shows with my daughter now,” he added.

“My wife and daughter want to go to Korea to meet those K-drama actors and K-pop singers. I don’t know why but they are very famous. I tell them both that they are heroes of a smaller country; we are the heroes of a bigger country, they should focus on us (chuckles),” Pankaj said.

Pankaj Tripathi is a well known figure in the entertainment industry, reckoned for his ‘desi’dialogue delivery, humble nature and sincere performances.