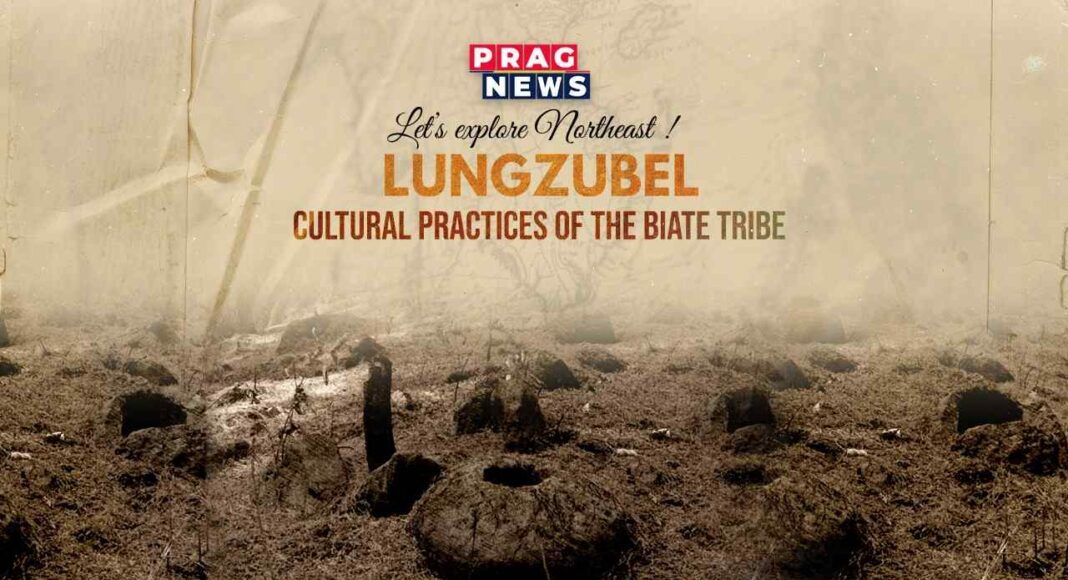 These obscure looking historical stone relics called the ‘Lungzubel’ is found in Assam’s Khobak area in Dima Hasao that stretches up to East Jaintia Hills in Meghalaya.

Lungzubel, as it is called, it’s literal etymology translates too a rice beer jar or container in the Biate language. The ‘Lung’ means Stone, ‘Zu’ means Rice beer and ‘Bel’ means Jar, which comes together as “Stone Rice Beer Jar”.

As per popular legends of the people residing in these region, these obscure looking, historical treasures, erection and carving of stone monuments has been the cultural practice of the Biate tribe from time immemorial, the most popular among them viz. the Lungzubels, Lungmaicham (stone altar), etc. These stone monuments or relics are generally a pictogram of a successful or triumphant Biate chief or warriors who gained honour in the past. Moreover, the fact that rice beer used to play an important role in the rituals and festivals of the Biates in the past throw much light on why the Lungzubels were carved out. One theory also holds that these stone jars are the handiwork of Lamlira, a legendary Biate warrior who led the Biates to their present hills believed to be in the 12-13th century.

Sad to know that these bizarre looking stone altars are now in the point of degradation as not much preservation work has been done.

Most of the relics were gradually destroyed over time, by nature or man, as it was left abandoned and unguarded for a long time. It is believed that the advent of Christianity among the Biates in the 19th century could have been the main reason behind the neglect of these cultural treasures as Christianity doesn’t encourage intoxicated drinks of any kind. Originally animists, conversion to the new faith may have led the Biates to abandon their age old practice of brewing rice beer which is still a practice among some of their neighboring brethren tribes.

Encouragingly, because of the relentless efforts of the Biate Devanpui (Biate Apex Body) and the Biate Cultural Organization, Assam (BCOA), the importance of the relics and the need for its preservation have been acknowledged, and hence, as a result, Lungzubels around Khobak and its surrounding areas in Dima Hasao district are now being maintained and looked after by the Archaeological Dept. of the Department of Cultural Affairs, Assam.

However, no concrete steps have been taken by the Government of Meghalaya to preserve the Lungzubels found in East Jaintia Hills district as of yet. They continue to be in a state of neglect.