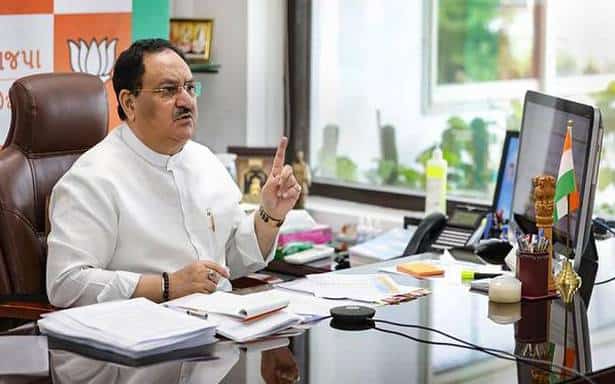 New Delhi: The Bharatiya Janata Party’s national president JP Nadda is going to launch Swasthya Swayamsevak Abhiyan, the party’s driving campaign for health volunteers programme, due to the surge of Covid19 in the nation.

The initiative is specially taken for coping up with the surge of the upcoming third wave of dangerous coronavirus pandemic in the country.

Additionally, the national general secretary, Tarun Chugh announced that the body will begin the training process for health volunteers from today.

After completion of the training process, the respective volunteers will move back to their localities and serve the people in fighting Covid 19 pandemic through proper guidelines of following medical aid and support.

“BJP has decided to impart training to 4 lakh volunteers under the programme. There will be four people per group who will be volunteering in various states. As part of the launch, today we would be imparting a day’s training to 130 people,” said Chugh.

Chugh additionally continued saying that the volunteers will move to the local areas and also provide training to other people till the Mandal level.