Kohima: Naga Hoho, an apex tribal body of Nagas has written a letter to PM Narendra Modi regarding a hose of unresolved issues in the state that has created a lacuna. In the letter, they have raised about key issues: the framework agreement signed in 2015, Nagaland being declared the disturbed area again and the role of Governor R N Ravi who is also the interlocutor in the Nagaland issue.

On the issue of Nagaland being declared as disturbed area, the Naga body head said, “that’s why we wrote the letter to PM Modi. At a time when they are trying to achieve peace, what’s the point of AFSPA?”

Recently the state has been on the news when a letter forwarded by Commissioner and Secretary to have the details of the relatives of government employees in the State involved in Naga underground groups. Earlier, the Nagaland Chief Minister Neiphiu Rio said the state government does not want to confront or disagree with Governor R N Ravi on the issue of “profiling Govt officials of the relatives of underground groups”.

On the issue of the current workings of the state government, Naga Hoho President, Zhimoni said, “We are even asking whether the state govt are sharing powers with the governor. Because it seems like the governor is directing bureaucracy. Nagaland can’t be compared to Delhi because it’s a union territory, Nagaland is a fully fledged state”.

Macron and Le Pen Both Disappoint in France Regional Vote 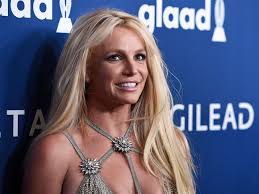