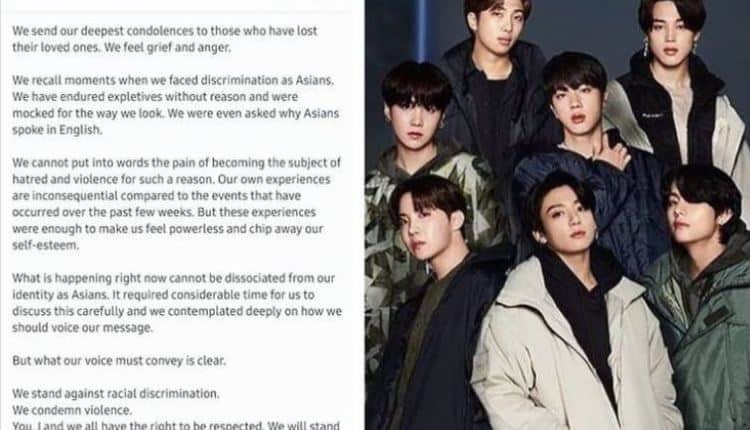 Seoul: The famed South Korean pop group BTS has extended its support to the Stop Asian hate movement by penning an emotional post on social media sharing their own past experiences of racial discrimination while touring other countries.

In the social media post, BTC wrote, “We send our deepest condolences to those who have lost their loved ones,” reads the statement which was published both in Korean and English.

“We feel grief and anger. We recall moments when we faced discrimination as Asians. We have endured expletives without reason and were rocked for the way we look. We were even asked why Asians spoke in English.”

BTS members Jin, Suga, J-Hope, RM, Jimin, V and Jungkook – united in a singular voice – went on to explain how their own experiences with racism have caused them to feel “powerless.”

It may be noted that on March 16, eight people were killed by a gunman who was later arrested, at three spas in Atlanta, of which six were Asians.