Do not give paracetamol or pain killers to teens after Covaxin shot: Vaccine Maker 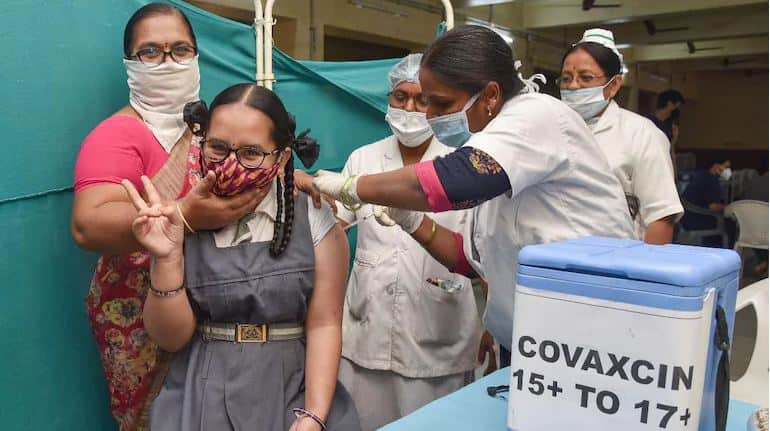 Digital Desk : Vaccine maker Bharat Biotech has urged parents as well as immunization centres not to recommend paracetamol or pain killers to kids after being vaccinated with the Covid-19 vaccine Covaxin.

Further adding on their feedback, the Company said that around 30,000 individuals on whom the clinical trials were conducted, approximately 10 to 20 percent of the total individuals were found to have developed mild side effects but were resolved within one or two days. Hence no medication was required after taking Covaxin shots.

Medication should be recommended only after consulting a physician, said the vaccine maker.

Paracetamol is recommended only if other Covid-19 vaccines are provided apart from Covaxin.

Last month, the Drugs Controller General of India (DCGI) had granted emergency use authorization to indigenously-developed Bharat Biotech’s Covaxin for children above 12 years with certain conditions.

From January 3 onwards, Prime Minister Narendra Modi had announced mega vaccination drive for kids of age-group 15-18 years. So far, 85 lakh beneficiaries in this age group have been inoculated with Covaxin shots as recommended by the government of India.