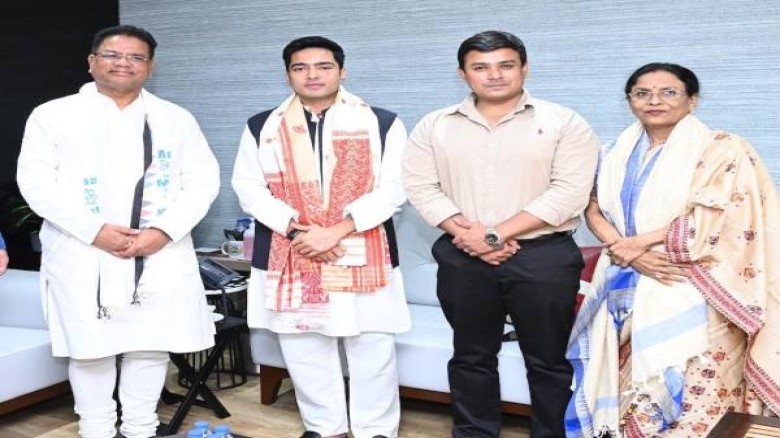 The West Bengal Trinamool Congress (TMC) inducted former Assam Congress chief Ripun Bora on Sunday after he resigned from the party. Abhishek Banerjee is the party's national general secretary. “Extending a very warm welcome to Shri @ripunbora, a stalwart and skilled politician, who joined the @AITCofficial family today. We are extremely pleased to have you onboard and look forward to working together for the well-being of our people,” Banerjee said on Twitter.

Bora, in his resignation letter to Congress president Sonia Gandhi, allegedly claimed there was a 'secret understanding' between senior state unit leaders and the ruling Bharatiya Janata Party (BJP). “I am very pained to inform you that it is an open secret in Assam that instead of fighting against the BJP, a section of senior most leaders of the Pradesh Congress Committee have been maintaining a secret with the BJP government, mainly with the chief minister,” Bora wrote,

Former Rajya Sabha MP also wrote that Congress leaders in Assam were fighting among themselves instead of fighting the 'communal' BJP. “The leaders of this grand old party at different levels are fighting each other for vested interests. This has given the BJP ample advantages to grow in every nook and corner in one hand and in another, demoralising millions of Congress workers in the country,” the letter read.