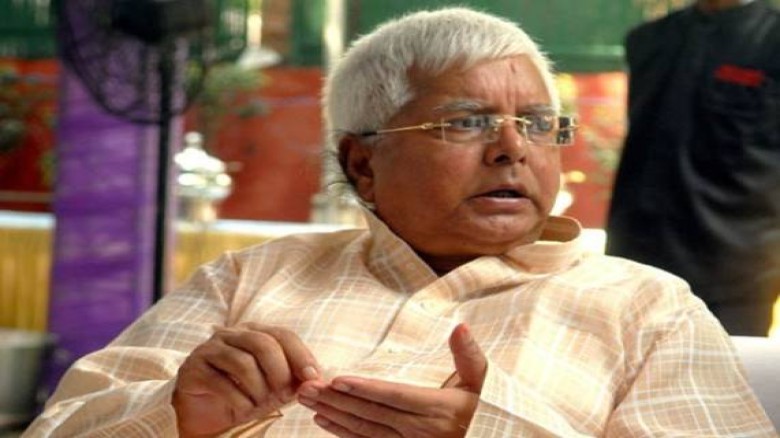 Lalu Prasad Yadav, chief of Rashtriya Janata Dal (RJD), has been granted bail in the 139 crore Doranda Treasury scam case, which has already landed him in prison for five years.

Our petition for suspension of sentence has been accepted by the Jharkhand High Court, and we have been granted bail. We had pleaded that he has served half of his five-year sentence in this case. The trial court certified copy of Prasad's sentence has already been submitted to us. Lalu Prasad's counsel Prabhat Kumar confirmed that bail had been granted.

Mr Kumar said the high court order is expected to be communicated to the lower court by Tuesday and we will submit a bail bond and request release.

An appeal filed by the incarcerated leader in a fodder scam case has been deferred by the Jharkhand High Court.

A special CBI court in Ranchi sentenced the former Bihar Chief Minister to five years in prison and fined him Rs 60 lakh for his role in the fifth fodder scam case involving over Rs 139 crore embezzlement by the Doranda Government.

In the fodder scam case, he was sentenced to five years imprisonment and fined Rs 60 lakh on February 21. In the course of the scam, Lalu Yadav held the finance portfolio in undivided Bihar, of which he served as the chief minister. The animal husbandry department was accused of giving him kickbacks.