Loudspeaker of mandir & masjid removed in UP town 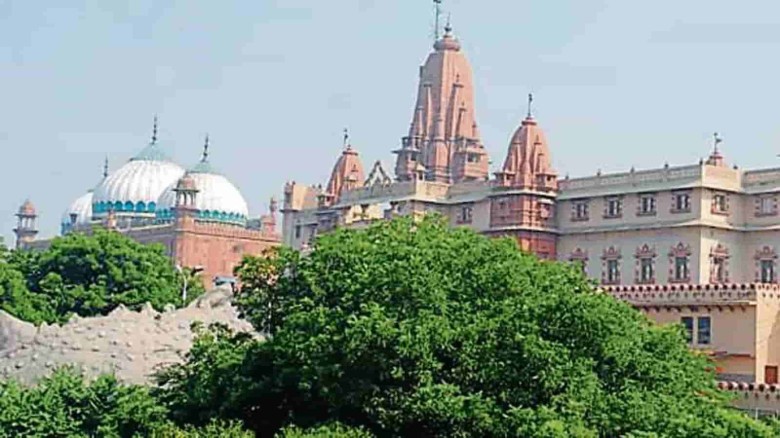 Temple priest Shanti Mohan Dass and imam Mohammad Taj Alam said they jointly agreed to take down the loudspeakers that had been used in the temple and mosque for decades.

Digital Desk: After a meeting between the temple priest and the mosque's imam, who resolved to send a message of communal harmony, the largest temple and a mosque in Uttar Pradesh's Badagaon town have taken down their loudspeakers, reports said.

Temple priest Shanti Mohan Dass and imam Mohammad Taj Alam said they jointly agreed to take down the loudspeakers that had been used in the temple and mosque for decades.

According to Shanti Mohan Dass, the decision was made to deliver a powerful message of love and fraternity to the public. "Every morning and evening, the arti is performed, and the bhajans are repeated regularly but without the use of loudspeakers," he said.

Meanwhile, the removal of the two loudspeakers, according to Hafiz Taj Alam, was a need of the hour. "We've been living in peace, and these (loudspeakers) must not be permitted to interfere. I hope that the country's unity will continue to prevail and that people will be able to live in peace. We have small speakers inside the mosque that make sure the sound doesn't travel outside and stays within, "he explained.

The decision by the two religious leaders comes amid a fierce debate over the use of loudspeakers in temples and mosques.

"I applaud their initiative to foster interfaith brotherhood. They have lived up to Rani Laxmi Bai's principles, which are deeply embedded in the Jhansi tradition. When fighting the British, her soldiers chant Har Har Mahadev and Allah Hu Akbar simultaneously," Bhanu Sahay, the convenor of the Bundelkhand Mukti Morcha, said.