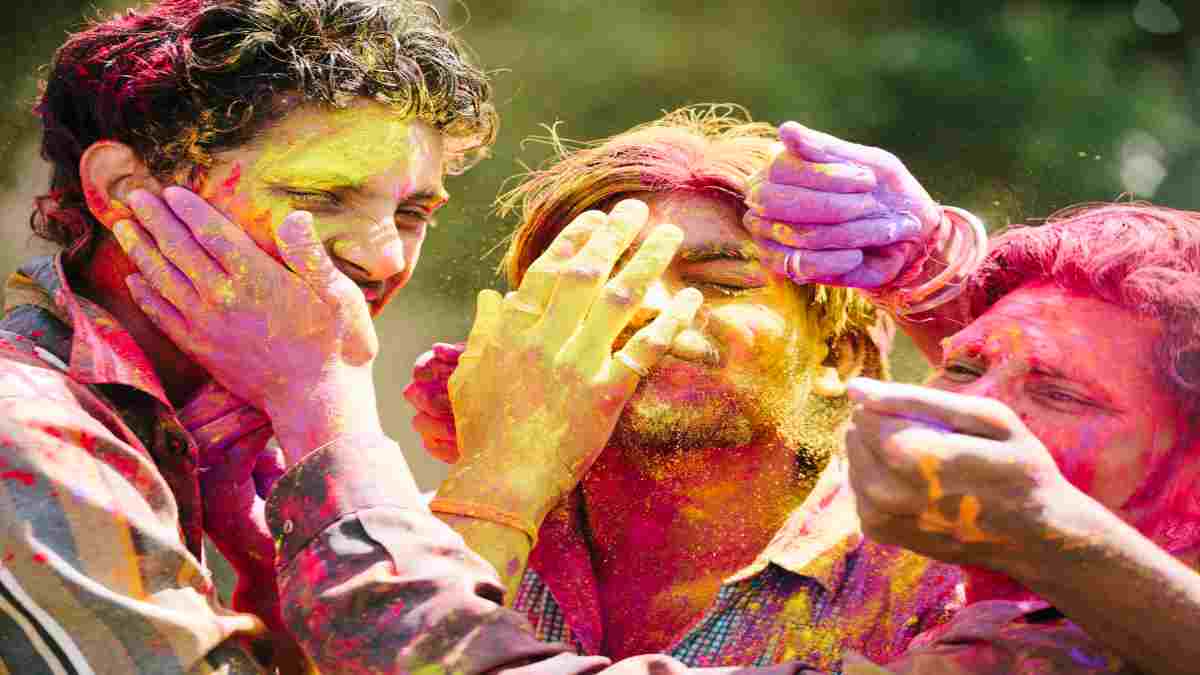 While two people were killed and six others were injured in Holi-related clashes over applying color in an Amethi village on Friday.

Digital Desk: In Lucknow, two people were murdered in separate incidents in Holi-related clashes, while Amethi, Prayagraj, and Shahjahanpur all reported double murders. Ayodhya, Ghaziabad, Gorakhpur, Barabanki, Sambhal, Hardoi, Kannauj, and Kaushambi each had one person killed. On Saturday, two more people were killed in a clash in Prayagraj. Meanwhile, Prashant Kumar, the additional director general (ADG) for law and order, stated that all of the murders were somehow unrelated to the Holi celebrations. He claimed that some of the incidents resulted from old feuds and personal feuds. He stated that police have been directed to take strict action in all incidents. Also Read: Cyclone Asani: Coast guard warns fishermen, mariner in Bay of Bengal not to venture into sea
On Friday, two people were killed, and six others were injured in Lucknow during Holi celebrations.
On the intervening night of Thursday and Friday, Pappu Sonkar, 40, was shot dead by Brij Kishore Sonkar in a dispute over playing loud music after 'Holika Dahan in Ghasiyari Mandi. Ruma, Pappu's wife, told police that the incident occurred when Brij Kishore got into an argument with her husband over loud music and then opened fire on him. According to police, Pappu died on the spot. They had filed a murder complaint against Brij Kishore and were looking for him. In the second incident reported from the Madiaon area, Daya Ram, 35, was killed with bricks after a disagreement with his friends while drinking alcohol on Friday afternoon. Tilak Ram, his uncle, has filed an FIR against the unidentified assailants. In another incident in Madiaon's Bharat Nagar neighborhood, one Mohit Gupta was severely injured when his neighbor Pankaj Tiwari attacked him with a sharp-edged object over a petty issue of water from his house spilling onto the road while cleaning his house after playing colors on Friday around noon. Gupta is being treated at KGMU. Suraj Gupta, 26, was stabbed outside his house in the Para area around noon on Friday after an argument with two unknown youths. He's being treated in a private hospital. On Friday, Virendra Singh, 60, died after suffering a cardiac arrest during a dispute between two groups over loud music in Papnamau village, which falls within the jurisdiction of the BBD police station. Amethi/Ayodhya According to police, three people died during Holi celebrations on Thursday and Friday in the districts of Amethi and Ayodhya. While two people were killed and six others were injured in Holi-related clashes over applying color in an Amethi village on Friday, one person was beaten to death over a quarrel during Holika Dahan in an Ayodhya village on Thursday night, according to police.