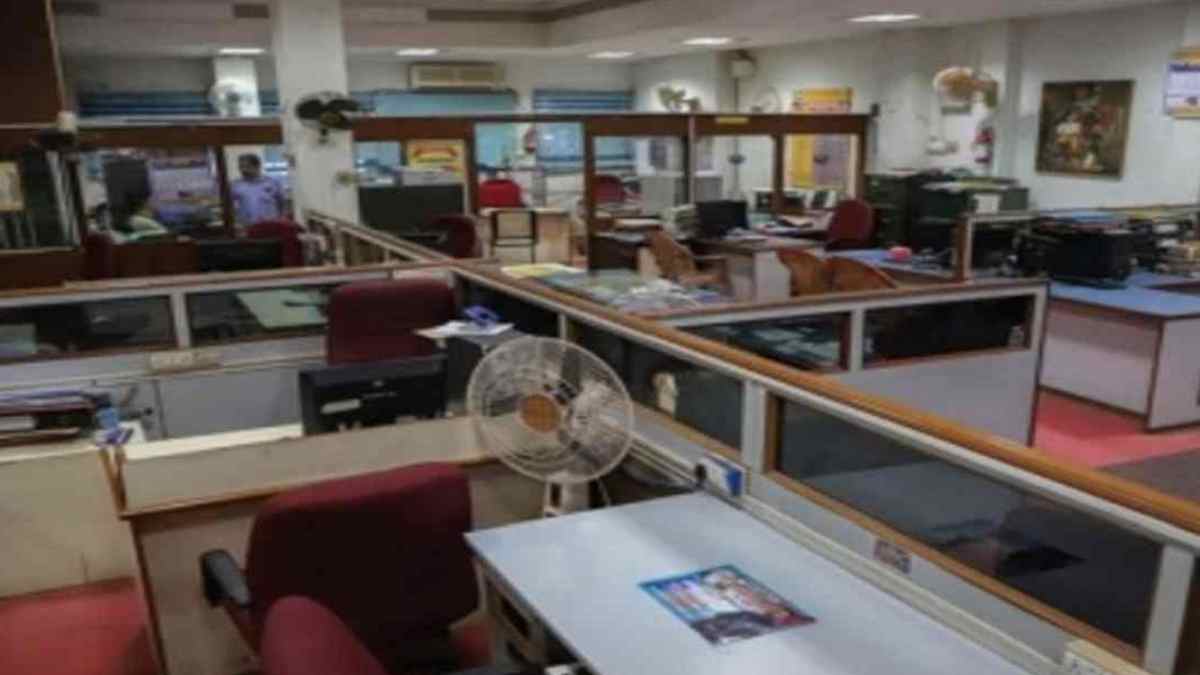 For almost 18 hours an elderly man was locked under Union Bank of India's locker room at Jubilee Hills check post.

Digital Desk: Due to the bank's incompetence, an 89-year-old man was forced to spend the night in the locker room.
The man was forced to stay in the bank for 18 hours after the employees closed the doors and fled on Monday.
The terrible event occurred inside a Union Bank of India branch in the upscale Jubilee Hills neighborhood and was brought to light on Tuesday after police tracked him down and rescued him.
On Saturday, V. Krishna Reddy, of Jubilee Hills Road No. 67, went to the bank for some work at 4.20 pm and entered his bank locker. Even though he was busy inside the locker room, the bank personnel shut the door, trapping the elderly man inside.
Krishna Reddy's family members began hunting for him when he did not return home till late in the evening. They approached the police since he could not be found.
The cops used CCTV video from the Jubilee Hills checkpoint area to track him down to the bank. The diabetic old guy was discovered in the locker room. He had to endure the night's torment.
Krishna Reddy, who has Alzheimer's disease, has been admitted to a hospital.
"We have successfully traced him at Union Bank of India, Jubilee Hills check post. Yesterday evening he was confined accidentally in the Lockers room of Union Bank. After verifying the CCTV cameras, the Jubilee Hills Police successfully rescued him and shifted him to near by Hospital," Jubilee Hills inspector Rajashekhar Reddy tweeted in response to the messages seeking help to trace Krishna Reddy.
Also Read: Government is organizing roadshows for privatization of IDBI Bank: Minister Bhagwat Karad