Owaisi's & Nizam's names will be forgotten like Article 370 is scrapped in Jammu and Kashmir: Assam 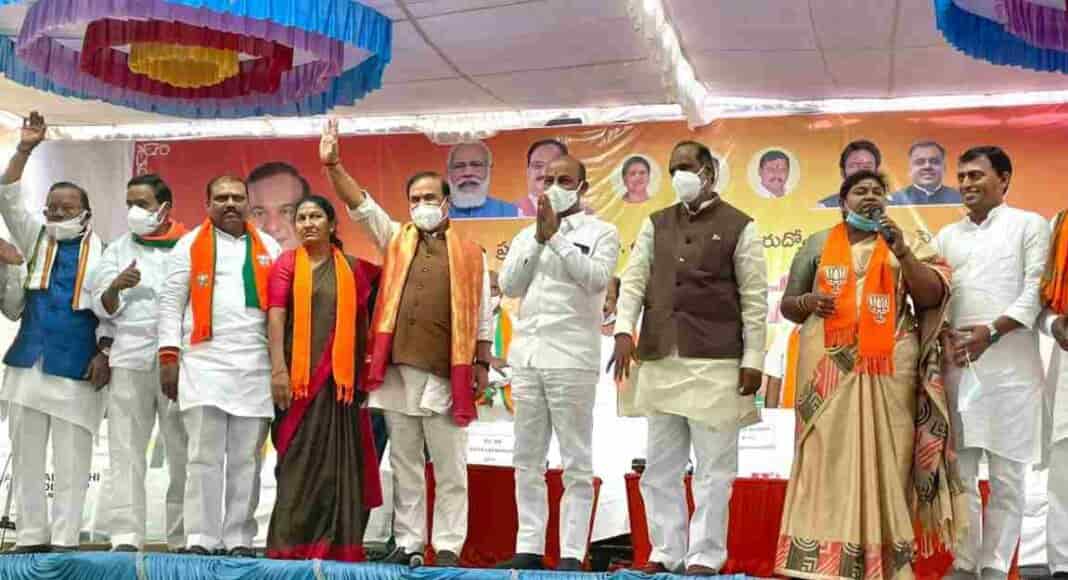 Warangal: Assam chief minister Himanta Biswa Sarma, slamming AIMIM chief Asaduddin Owaisi in Telangana on Sunday, said that the day is not far when Owaisi's and Nizam's names will be forgotten in the same way as Article 370 in Jammu and Kashmir was scrapped by the central government.

Addressing a programme in Warangal, CM Sarma said, "The way Article 370 was eliminated and the construction of Ram Mandir began...here also Nizam's and Owaisi's names would be lost forever... that day is not very far."

"Indian history says that Babur, Aurangzeb, and Nizam could not live for a long time. I am confident that Nizam's heritage will come to an end, and a new culture based on Indian civilization will rise in our country." said Assam CM.

People believe in Prime Minister Narendra Modi and they want Telangana to become a new state, he added.

"People's affection and support encourage me to come again to Hyderabad. Next, I will come in 2023, when the state's BJP government will take an oath to form a new government. People believe that with PM Modi's help, they can create a new state. " said CM Sarma.

CM Sarma added that the Assam government will provide jobs to one lakh people between May 1 and May 10, as promised by Prime Minister Narendra Modi during the election campaign.

Further, hitting Telangana's chief minister K Chandrashekar Rao for failing to provide jobs to the people of the state, he said, "The GDP of Telangana is 9 lakh crores, while Assam's is 3.5 lakh crores. However, we are working on a much larger scale than Telangana. Our BJP leaders promised during the election campaign that after joining the office we would provide one lakh jobs to the people of Assam in a year, but K Chandrashekar Rao forgot about his pledge to provide two lakh jobs. Today, I'm telling K Chandrashekar Rao that if he watches the television, he'll see that from May 1 to May 10, I'll be recruiting one lakh people in Assam. We intend to keep our word."

"When a dictator becomes the country's chief minister or Prime Minister, the country enters a state of emergency... We must continue to fight, and a new Telangana will emerge as a result." he added.

Earlier, taking to Twitter, CM Sarma said that the people of Telangana are fed up with the mismanagement of the Telangana Rashtra Samith (TRS) government and are longing for a major change.