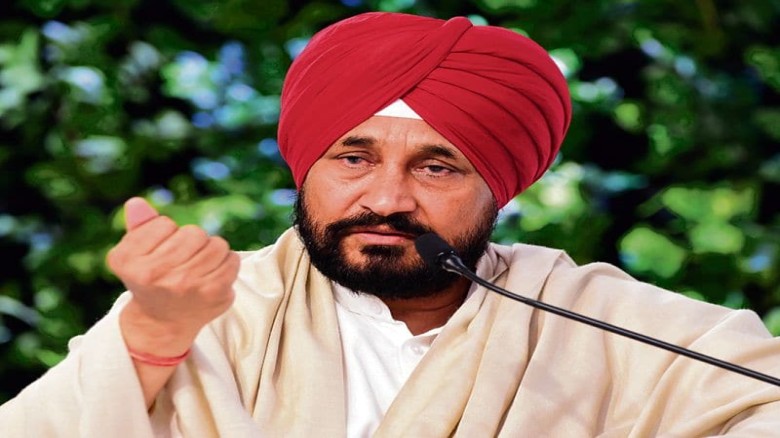 The ED said that illicit mining activities were also carried out in Burjtahl Das, Barsal, Lalewal, Mandala, Khosa and Malikpur.

Under the Prevention of Money Laundering Act (PMLA), the federal agency recorded the 59-year-old Congress leader's statement, and he left the Enforcement Directorate's zonal office in Jalandhar late on Wednesday night.

Notably, the agency arrested Channi's nephew Bhupinder Singh alias Honey in this case, just days before the Punjab Assembly elections on February 20. Early this month, a charge sheet was issued against him and others accused in the case.

According to sources, the agency questioned Channi, who had already evaded a few summonses, about his ties to Honey and others, as well as certain visits by his nephew to the chief minister's office.

Sources said that he was also questioned regarding allegations of officials being transferred and posted in the state as part of illegal sand mining operations.

After the Aam Aadmi Party (AAP) won a landslide victory in the state elections on March 10, Channi resigned from the post of Punjab's chief minister.

Notably, the Congress leader lost both Assembly seats he competed for Chamkaur Sahib and Bhadaur.

The ED raided Honey and others on January 18, and around 7.9 crore cash was recovered from his facilities, as well as about 2 crore cash from a related person named Sandeep Kumar.

Notably, Honey, Kudratdeep Singh, and Sandeep Kumar are said to be the directors of Providers Overseas Consultants Pvt Ltd, which the ED searched in January.

After taking cognizance of a Punjab Police (Rahon police station, Shaheed Bhagat Singh Nagar) FIR of 2018 that filed charges under various sections of the Indian Penal Code and the Mines and Minerals (Regulation of Development) Act, 1957 to investigate allegations of illegal sand mining, the ED filed the money laundering case in November last year.

According to the ED, a team consisting of officials from the mining department, civil administration, and police performed a surprise check in March 2018 in response to a report of illegal sand mining received at the Rahon police station.

"As a result, it was discovered that many mines were being excavated by various machineries and that mining was taking on outside of the approved area," it said.

"As a result, the investigative team was able to capture and seize multiple tippers/trucks, porcelain machines, JCB machines, and so on. The sand was discovered to be overweight in the seized tipper or trucks "citing the police FIR, the ED stated.

The seized weighment slips with office stamps were fraudulent and had not been issued by the relevant authority, for which the team then put a stop to the mining operation at Kudratdeep Singh's Malikpur mining site, as well as the approval of weighment slips, according to the report.

The ED said that illicit mining activities were also carried out in Burjtahl Das, Barsal, Lalewal, Mandala, Khosa and Malikpur.